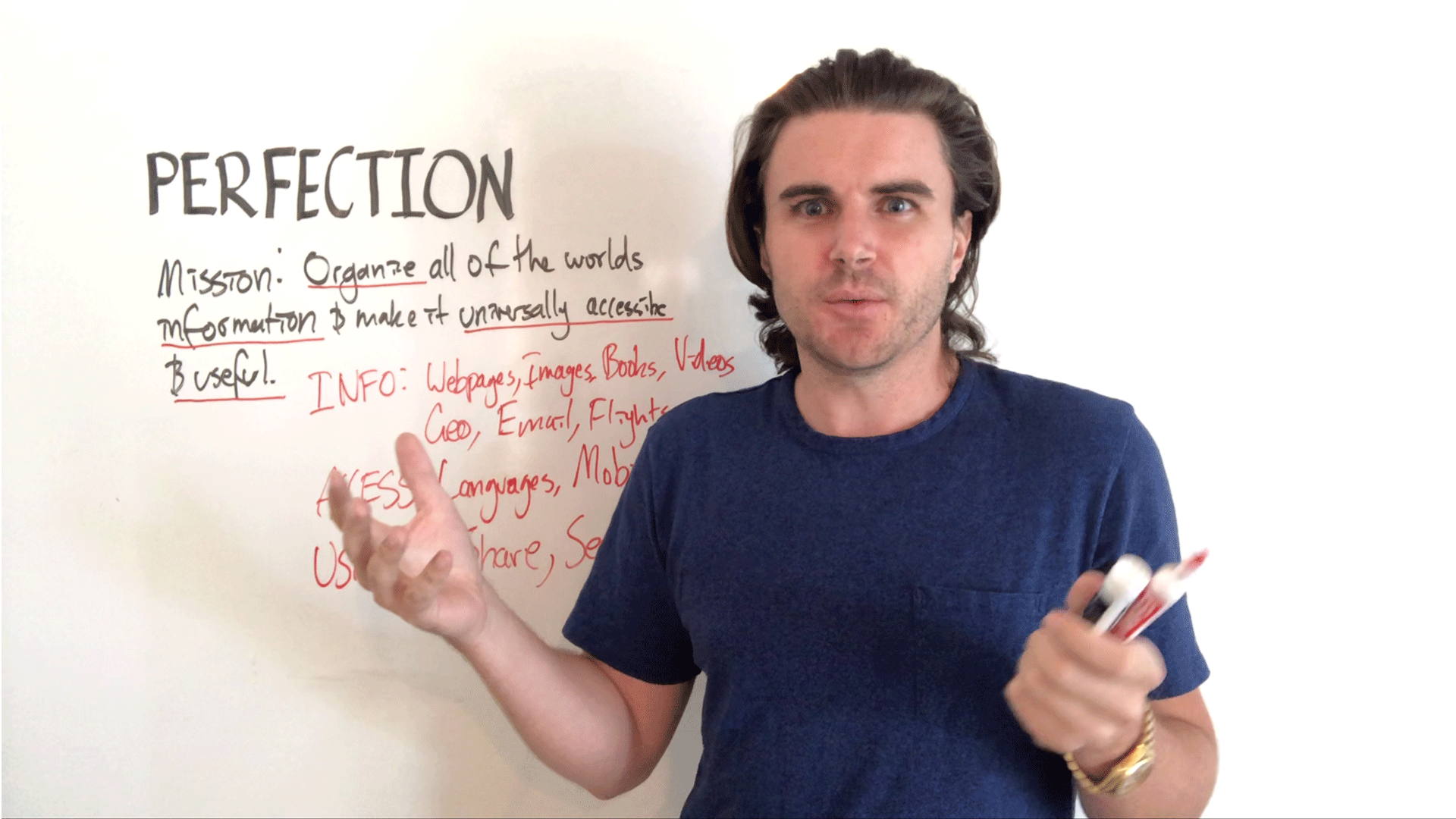 What problem are you solving? For who?

With what solution? What makes your solution different?

And most importantly: What would the perfect solution look like?

These are the things you should be spending most of your time thinking about as an entrepreneur. NOT taking photos of your food, Gucci duffle bag, and shitty snake skin loafers to get social media followers to think you're rich, and maybe buy your stuff.

Right now the entrepreneur market is in a state of mass confusion. Why? I believe most peoples targets and goals are vague undefined entities. And when you build a mind, business, and strategy based upon vagueness, you build nothing of value, and cause confusion.

This is why you need to think: What does perfection look like?

Defining the perfect solution your customers would dream of in a world unconstrained with today's reality will open your eyes to what they really want. Your goal should be to make progress towards it. Innovation begins here! This video shows you how to identify problems, solve them, define perfection, and create the future.

2. How to pick your niche, identify a painful problem, identify a solution, and then provide that solution to the niche in exchange for money. We call this a "business".

4. My key findings from reading all of Google and Amazon's letters to shareholders. (free pdf download available).

5. Why most peoples targets and goals are vague undefined entities that cause mass confusion.

6. Why you need a measuring instrument and a unit of measurement to track objective progress towards your goals.

7. An analysis of Google's mission statement, perfection statement (God level AI), their strategy, and how they acquire companies to fulfill that mission.

8. How I got started in business by solving a painful problem for plumbers: Finding hot water cylinder repair clients in local areas.

9. An analysis of Microsofts original mission statement: "A computer on every desk and in every home". And how they more than achieved that mission (1.2 computers per person).

10. Our mission statement for Consulting,com: "To collectively educate every human on Earth". And how we plan to do it.

11. The magic question to ask your customers in a survey: "If you could wave a magic wand and have our product do anything (doesn't matter if its possible or not) what would it do?"

12. Why our customers told us: "I wish you could load all the information on to a chip and put it in my brain". And what we learned from this.