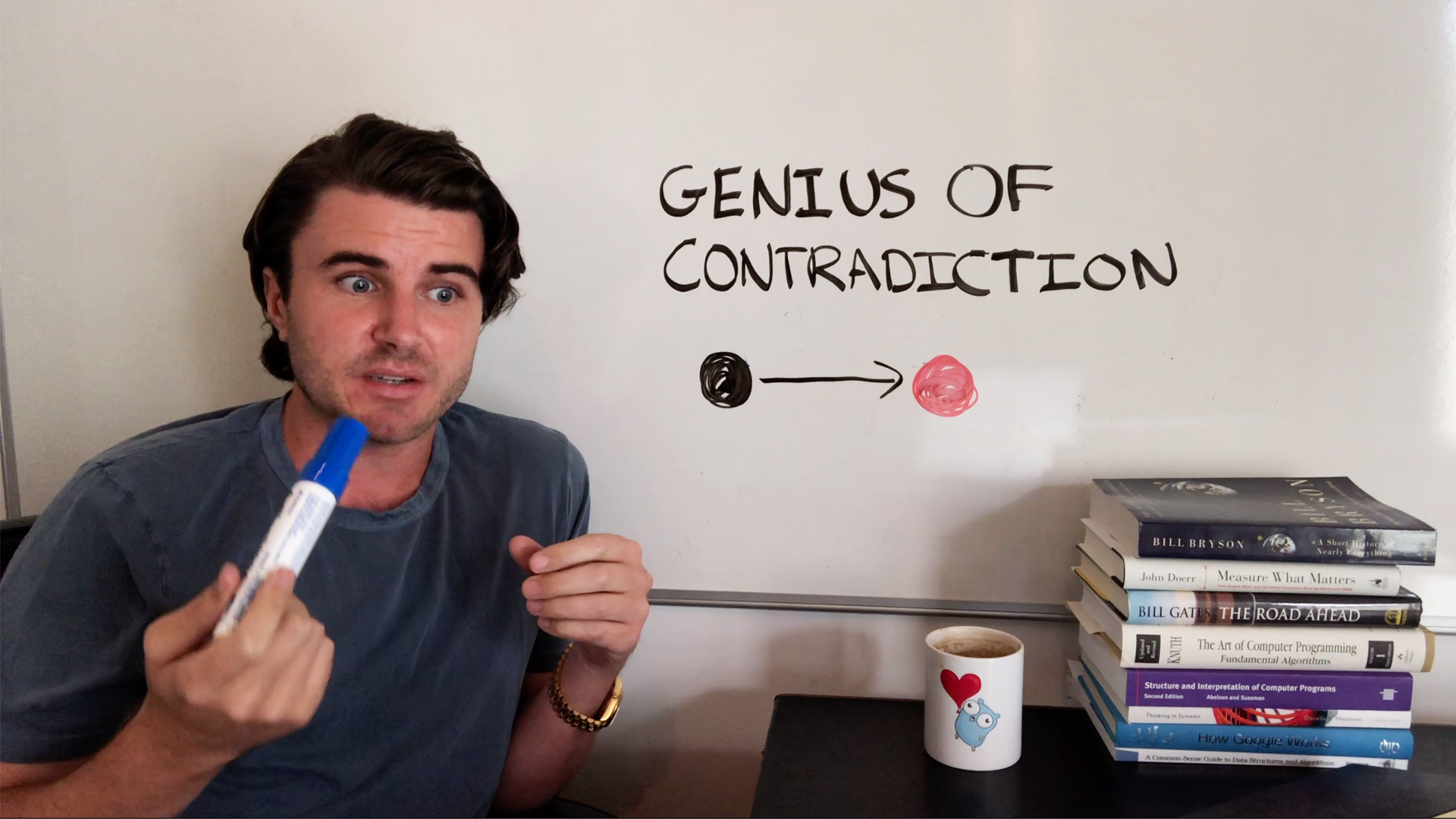 Normal people see what everybody else is thinking/doing, and then they adopt that as their own belief of what to think/do. They never think for themselves, they never agitate the crowd, they blindly obey. And this isn't a problem if you're ok with losing.

But, if you want to win, you need to think differently. You need to learn how to transcend binary logic and play with both sides of the spectrum. You need to become idiosyncratic.

Isaac Newton, Einstein, Bill Gates, Warren Buffet, Steve Jobs, Michael Jordan, Mike Tyson, Schumacher — they're all idiosyncratic. They all defied the "sacred conventions", upset the orthodox, and changed the rules of the game.

If you've ever wondered why some people change the world and others just live in it, this video will show you how it starts by fundamentally changing the way you think.

This video shows you how to play with fire!

1. The way you achieve something is through its opposite.

2. Want to find an idea? Look for a problem. Want to help yourself? Help others. Want to get money? Give value.

3. Why all things oscillate between two extremes due to the presence of feedback. And why things become their opposite when they're taken to their limits. (understanding this is a superpower).

4. Why most people mimic the crowd and live their lives in a bubble of delusion. And how not to be this person.

6. The 15 idiosyncratic traits of contradicting winners:

7. Confident and paranoid. Polite and disruptive.

7. Quiet with words, loud with actions. Openminded and stubborn.

9. Merging the dichotomy of "Work" and "Play" to Work/Play in one.

10. Being extroverted and introverted. Energetic and calm.

11. Extroverted and introverted. Specialist and generalist.

13. Working smarter and harder. Student and teacher. Casual and serious.