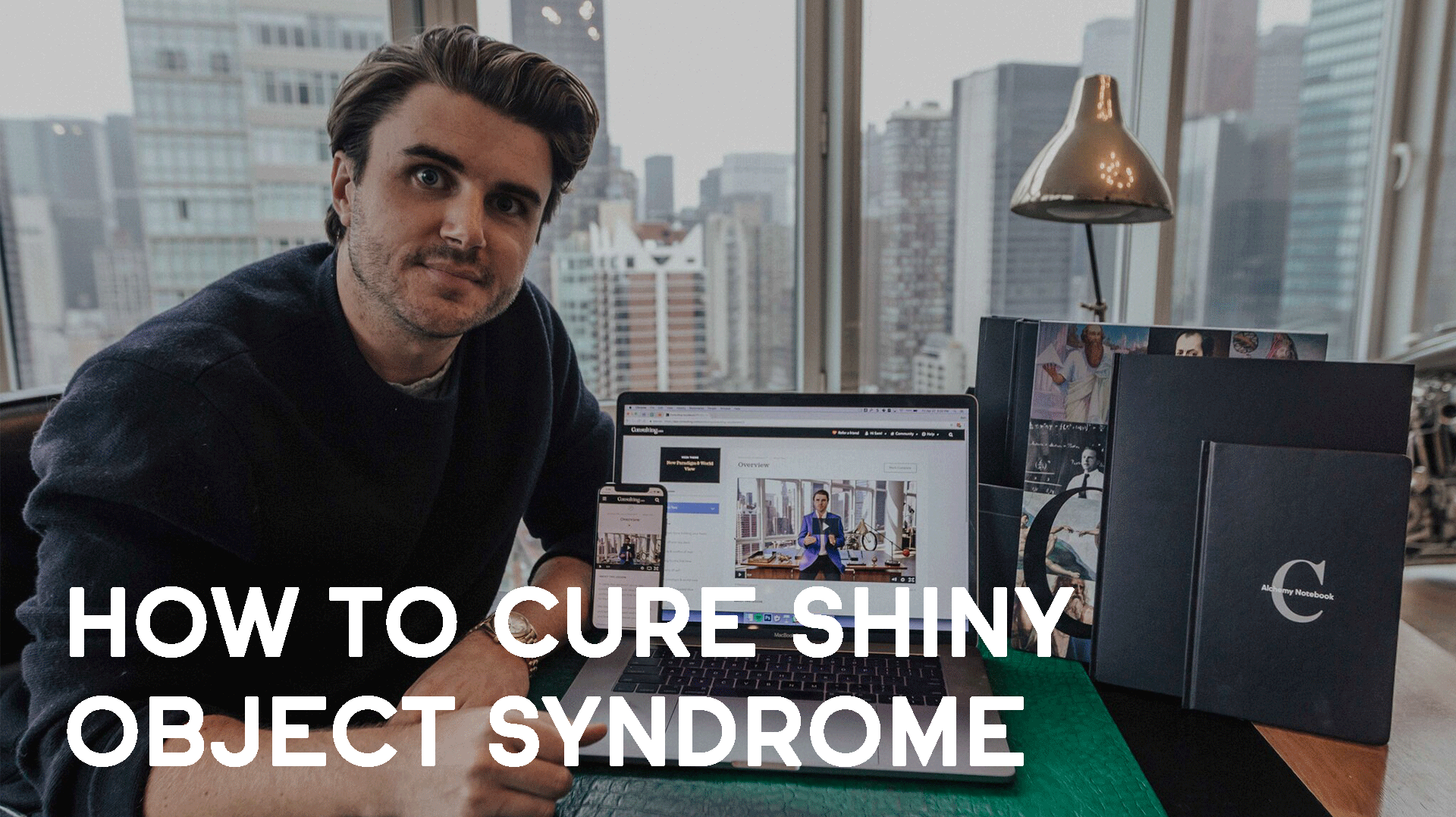 Do you struggle to stick to things and get distracted by new shiny objects?

How many different niches, opportunities or methods have you tried?

Shiny object syndrome is something that plagues most entrepreneurs and renders them helpless in their fight for success.

Somebody chooses e-commerce as their area of interest and starts learning the game, absorbing information and putting in the work...

Two weeks go by, and by then, things start to look harder than they'd imagined, they start to see the real "depth" of their chosen field.

At this stage the entrepreneur loses their passion for the field and starts looking on social media to see what other people are doing.

They see a guru in another field like Crypto wearing fancy watches, flying in private jets and driving nice cars -- And in this moment --

In this moment of sound minded reason, they think to themself:

"Ahhh the reason I'm not rich yet is because I'm in the wrong field! It's not my fault, it's not the fact that I've only been doing this for two weeks -- It's because I'm trying to do e-commerce and obviously Crypto is where the money's at!"

This isn't rational, it's flat out lunacy. It's the kind of shit people get put in straight jackets for.

But as insane as it is -- This is the practice of 99% of start out entrepreneurs today!

If you suffer from this relentless disease, do yourself a favor and watch this video right now.

1. Why i failed miserably my first year in business due to shiny object syndrome, looking at others success and niche hopping.

2. Why it's stupid to compare your chapter 1 to somebody else's chapter 50.

3. Why you need to focus on the things that WONT change if you want to win in the long term.

4. Why I picked consulting as my niche 5 years ago and how un-glamorous my start was (you won't believe how bad it was...).

5. Why "value" is the most important thing and how to define what that is in your niche/field so that you can focus on it.

1. The Consulting Accelerator training program: Learn more about it here.

2. FREE training where you can learn more about what I do: Get it free here.