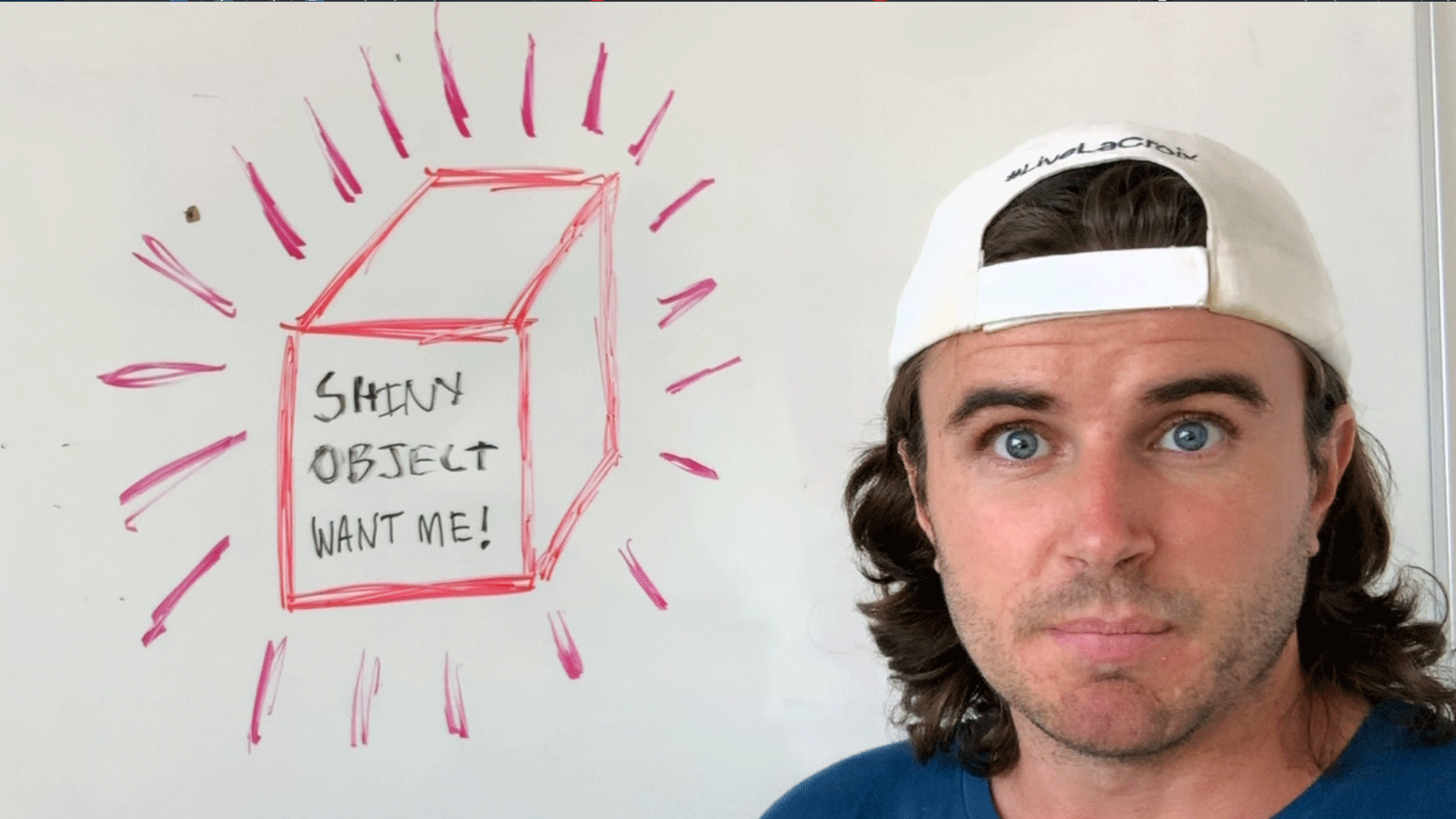 Do you get distracted by shiny objects? Always looking for something new to replace the thing that was new yesterday?

At its core, shiny object syndrome (SOS) is a disease of distraction, and it affects entrepreneurs specifically because of the qualities that make them unique: High motivation, crave new technology, new developments, and no fear of starting new things.

It's called shiny object syndrome because it's the entrepreneurial equivalent of a small child chasing after shiny objects. Once they get there and see what the object is, they immediately lose interest and start chasing the next thing. For entrepreneurs, rather than literal shiny objects. Shiny objects may be business objectives, marketing strategies, clients or even other business ventures.

Today's video shows you how to BEAT shiny object syndrome by implementing 9 practical steps you can take immediately.

1. Invert your philosophy: What you don’t do is more important than what you do (In and Out Burger, B&H Photo Video).

2. Take your finger off the trigger: Stop emotionally/impulsively shooting people, observe yourself in the 3rd person and think how to play yourself as if you’re a player in a game.

4. Distance yourself from the hype: Why Warren Buffett lives in Omaha, and why Peter Thiel left Silicon Valley (and me El Segundo).

5. Regain your sanity: Get some sleep, eat properly, take a rest day each week, take a 7-day vacation every 90-days.

6. Cross-pollinate your sources: Get outside of your traditional incest tribe, start mixing with some outsiders and applying their principles/philosophies to your work.

7. Out of sight out of mind: Delete your apps, stop using social media, don’t tempt FOMO/envy/stupidity.

8. Focus on value by weighing things: In the short term the market is a voting machine, and in the long-term, it’s a weighing machine. Be somebody who cares about weight, not fashion.