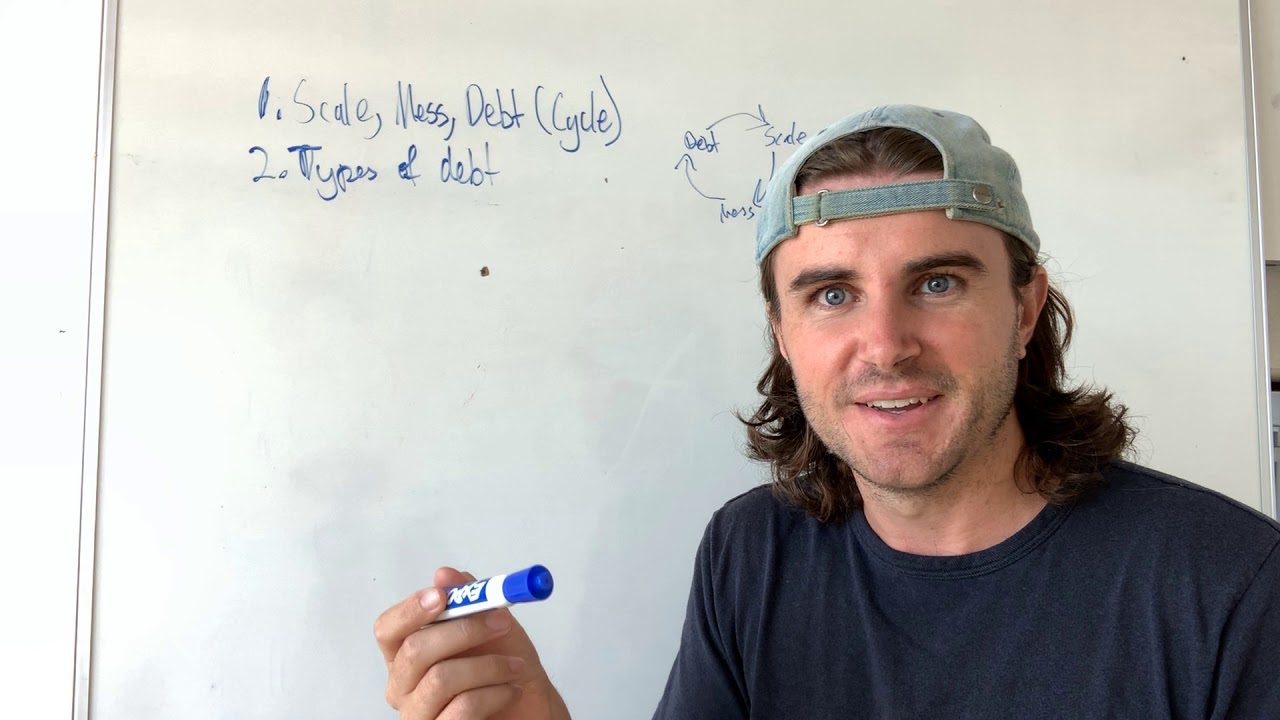 Scaling a business is a sexy topic, cleaning up the mess and paying back the debt from scaling is not.

This is a tricky thing to balance, most entrepreneurs get it wrong. If you don't grow fast, a competitor might overtake you —but— grow too fast and you'll make a mess and accumulate too much debt for the company to get out of.

Finding the perfect balance between these two extremes is an art-form that lies at the core of an entrepreneurs ability.

This video shows you how to think about scale, mess, debt, and how they're all parts of the same "growth cycle".

I share practical tips to handle these issues in your business today + share personal stories of the rollercoaster ride I've been on to date.

1. Scale, mess, and debt — how these are stages of the same "growth cycle" all businesses experience

3. Debt occurs when: You choose a better today at the cost of tomorrow

4. Debt kills business: When you can't innovate because upkeep takes 100% of your time and energy you know your time is near

5. So what do you do? You must be conscious of all forms of debt, keep tally, and pay it back routinely

8. My advice for you: Think long-term, consider upkeep, keep it simple, YAGNI (you ain't gonna need it)