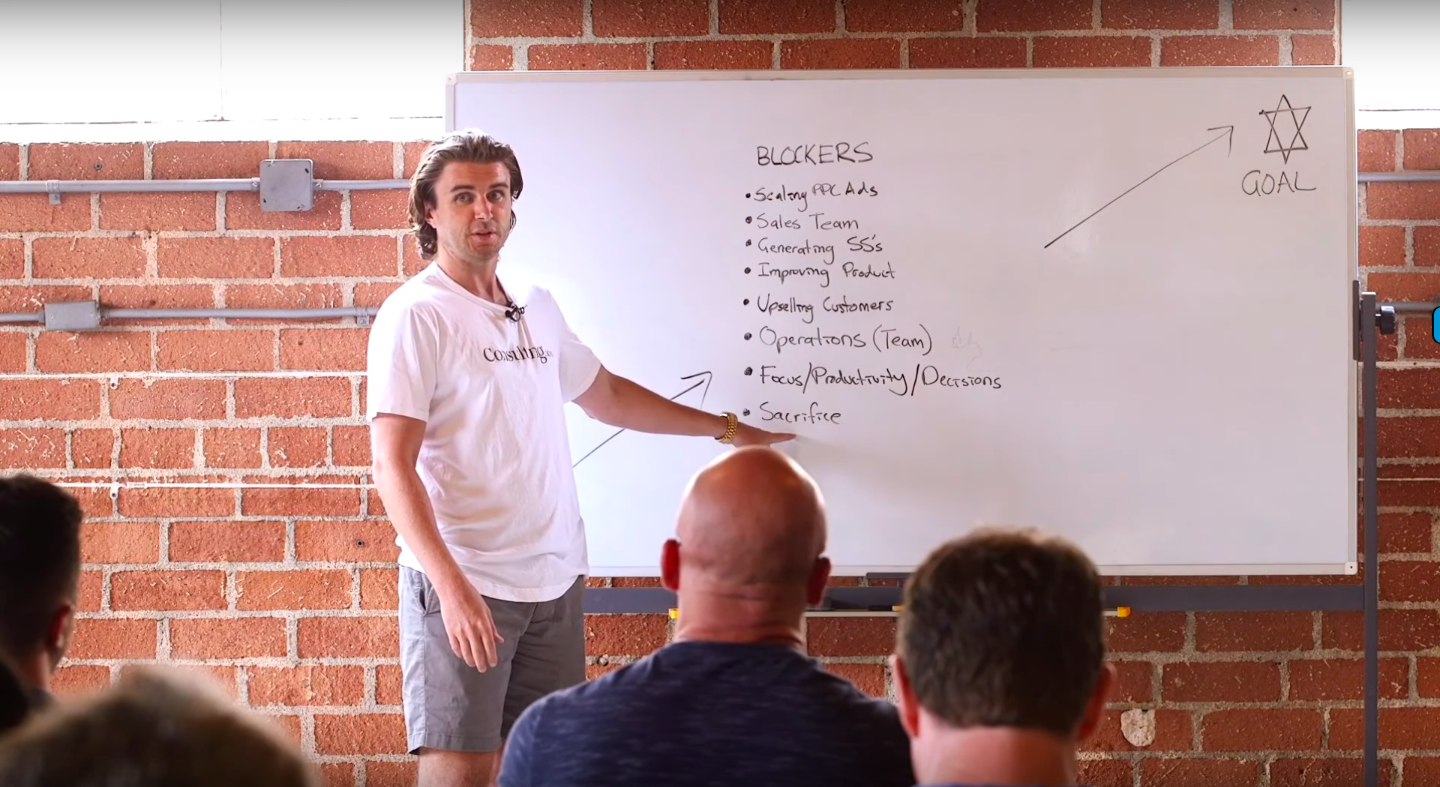 Sacrificing things, and doing less on the other hand, is not sexy.

Sacrifice is tricky thing to get right, most entrepreneurs get it wrong.

If you don't sacrifice initially when starting your business, you’ll never have the time, attention, and energy required to build something from scratch.

Most entrepreneurs get this part right, and eventually get to a point where they can quit their job to go full time with their business.

But most entrepreneurs eventually hit a plateau doing certain activities and getting certain results.

At some level, they know in order to go to the next level they need to do something (or many things) that are different, but they’re unwilling to let go of what they’re doing in the moment in order to get there.

There’s many reasons for this which I explain in the video, but I’m telling you this is the proven process of how to go the next level, regardless of what level you are already at in your business.

This video will show you how to evolve out of your current daily workload, so you can have an even better future, and have more fun by doing more thrilling work.

I share practical tips and personal stories on how I’ve used sacrifice as a weapon to build an 8-figure /year business in 7 years, and how you can use it climb to all-time highs in your business.

1. Sacrifice, yield, and asymmetric returns — how to continuously evaluate, cull, and replace the activities you do, to get even bigger rewards.

3. Sacrifice occurs when: You choose a better tomorrow at the cost of today.

4. Lack of sacrifice kills business: When you can't step out of your current day-to-day tasks to BUILD your business by working on high yield, long term projects because your attention and energy is 100% captured in the daily running of the business, you know your time is near.

5. So what do you do? You must be conscious of all forms of sacrifice, and realize that on-going sacrifice, will always deliver you a better tomorrow.

6. Why sacrifice often means giving up something great, for something exceptional.

7. Personal stories of sacrifice (and why I no longer do Instagram Stories).