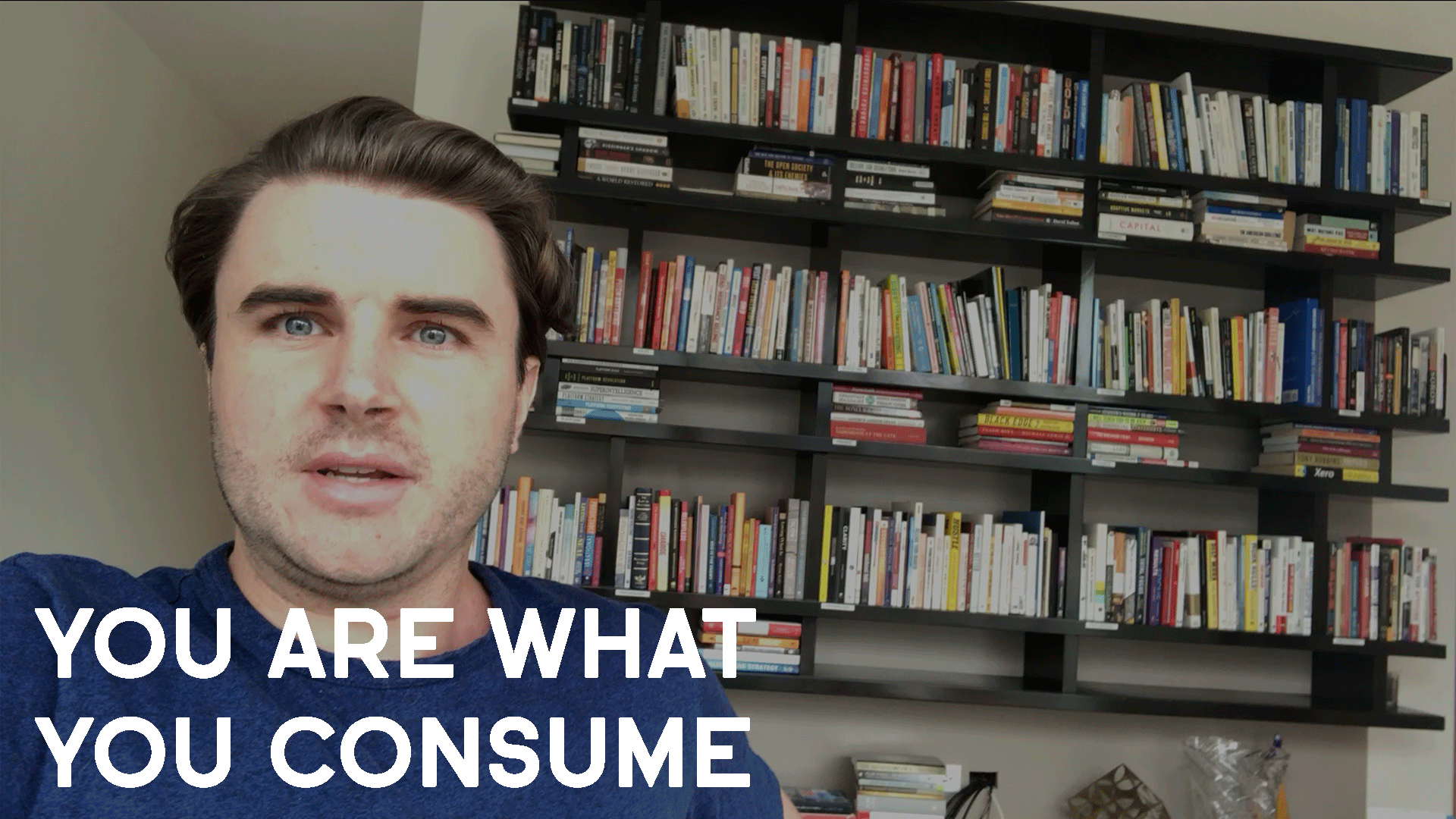 You are what you eat, read, watch, drink, hear, hang out with and think about.

When it comes to achieving something great --

People tend to think that it's "magic" or the person is "gifted" or "lucky".

This couldn't be further from the truth.

Magic is something that we don't understand, cause effect relationships we can't see with our naked eye and untrained mind.

Every action has an equal and opposite reaction.

Everything you see is the result of cause/effect relationships that have occurred somewhere upstream in the evolutionary river that flows with time.

If you want to be successful in life and business -- you need to get good at tracing the cause/effect relationships upstream.

You need to see the method behind the magic.

In today's video, I discuss how this universal principle has helped me succeed in my own business and life.

1. Why people believe that success is some form of "magic" or luck that's unattainable to the everyday person.

2. Why people make the mistake of fixating on outputs and goals instead of the inputs and actions that cause those goals.

3. How Isaac Newtons discovery of physics radically changed how we view reality in the physical realm

4. Why your financial success will be the direct result of the work you do day-to-day, hour-to-hour, minute-to-minute and how to make sure you're working on the right things using my War Map Calendar.

5. Why your energy, focus and ability to endure challenging tasks will be the direct result of your sleep, exercise and diet and how to make sure that you get the highest performance out of yourself.

6. Why your intelligence and ability to solve problems will be the direct result of the information you feed your brain and how to make sure you're feeding it the best info with books and documentaries.

7. Why everything you come into contact with from food, drink, social media, friends, family and tv shows directly shape who you are as a person. You are what you consume.

I also share my War Map Calendar with you so that you can download it and use it for free to map out your own life and achieve your goals.