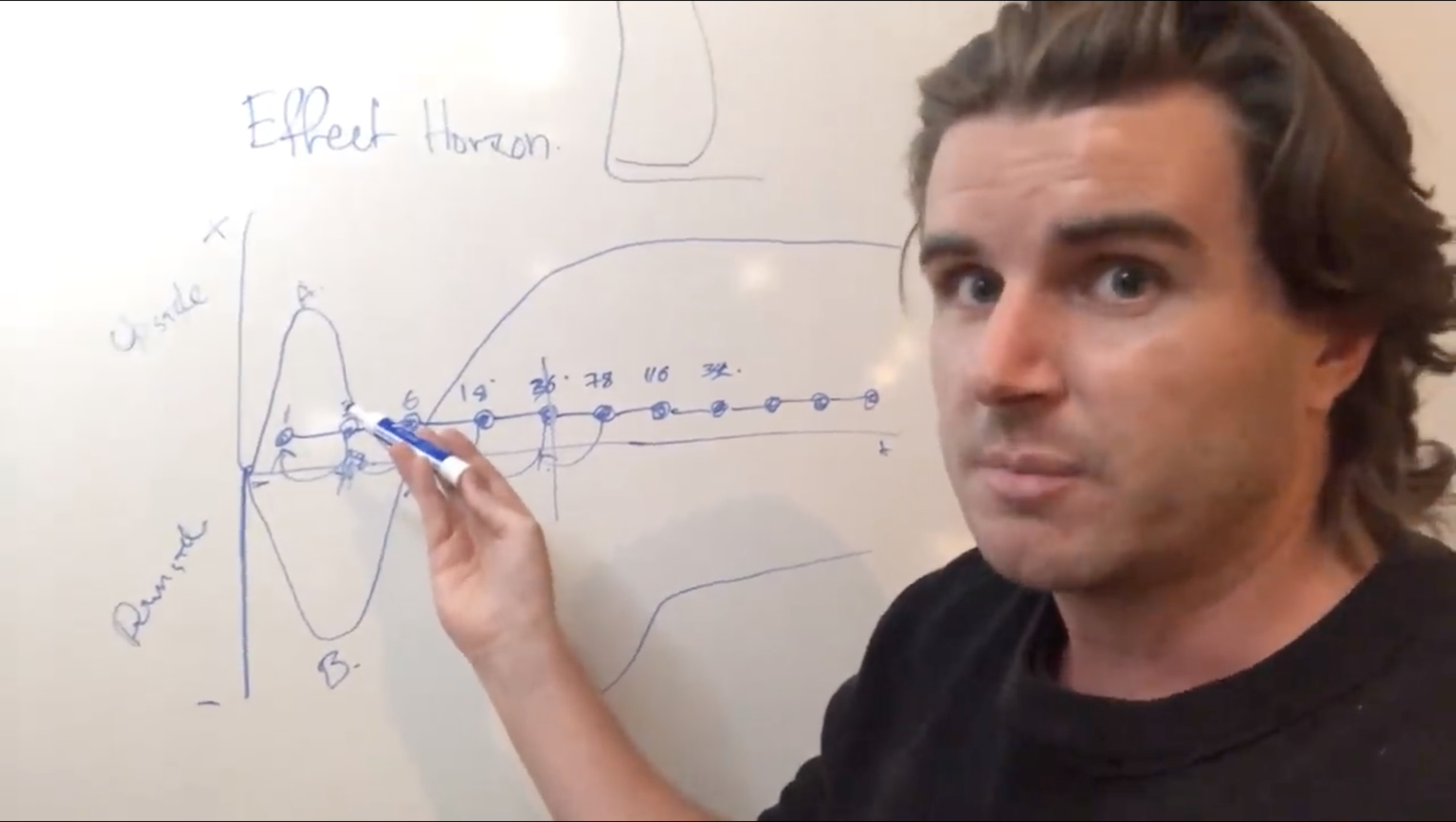 The thing about money is TIME.

The thing about time is that nobody knows how it works.

The result? Frustrated people who don't have money or time.

Time is the most powerful variable in any equation, yet it's the variable nobody understands, and forgets to consider in their mental models, and daily decisions.

In today's video I take you on a journey to better understand time, how it works, how you can use it to make money, win at anything and live a better life.

All sorts of shit that will blow your mind, grow your bank account and turn you into your competitors worst nightmare.

1. Why humans suck at understanding the concept of time and how to deal with decisions that include the time variable.

4. Why most people choose to have a better today at the cost of tomorrow, sweep it under the rug and get bitten in the face. (this is a BIG one).

5. "The Marshmallow Experiment", a fascinating experiment psychologists did with children and why the kids who delayed getting their marshmallow did better in life.

7. The story of "Valeant Pharmaceuticals" and how it became the hottest company in the world and then blew up, spectacularly, due to the CEO's short-term thinking and not understanding 2nd order consequences.

8. Why I refuse to have Cable TV and a home phone, despite it being free. And the funny story of my argument with the customer service lady at Verizon.

9. Effect horizons -- How to analyze your decisions based on their effects over both a short, mid and long-term time horizon. Learn this one and you'll change your life (seriously).

10. Why time is exponential and compounds the outcome of your decisions for your entire existence, good or bad!

11. Warren Buffets net worth and why 95% of it was earned in the last few years, not evenly over time. (graph image included for reference).


Resources mentioned in this video:

1. Warren Buffets net worth over time -- Get the graph image here.