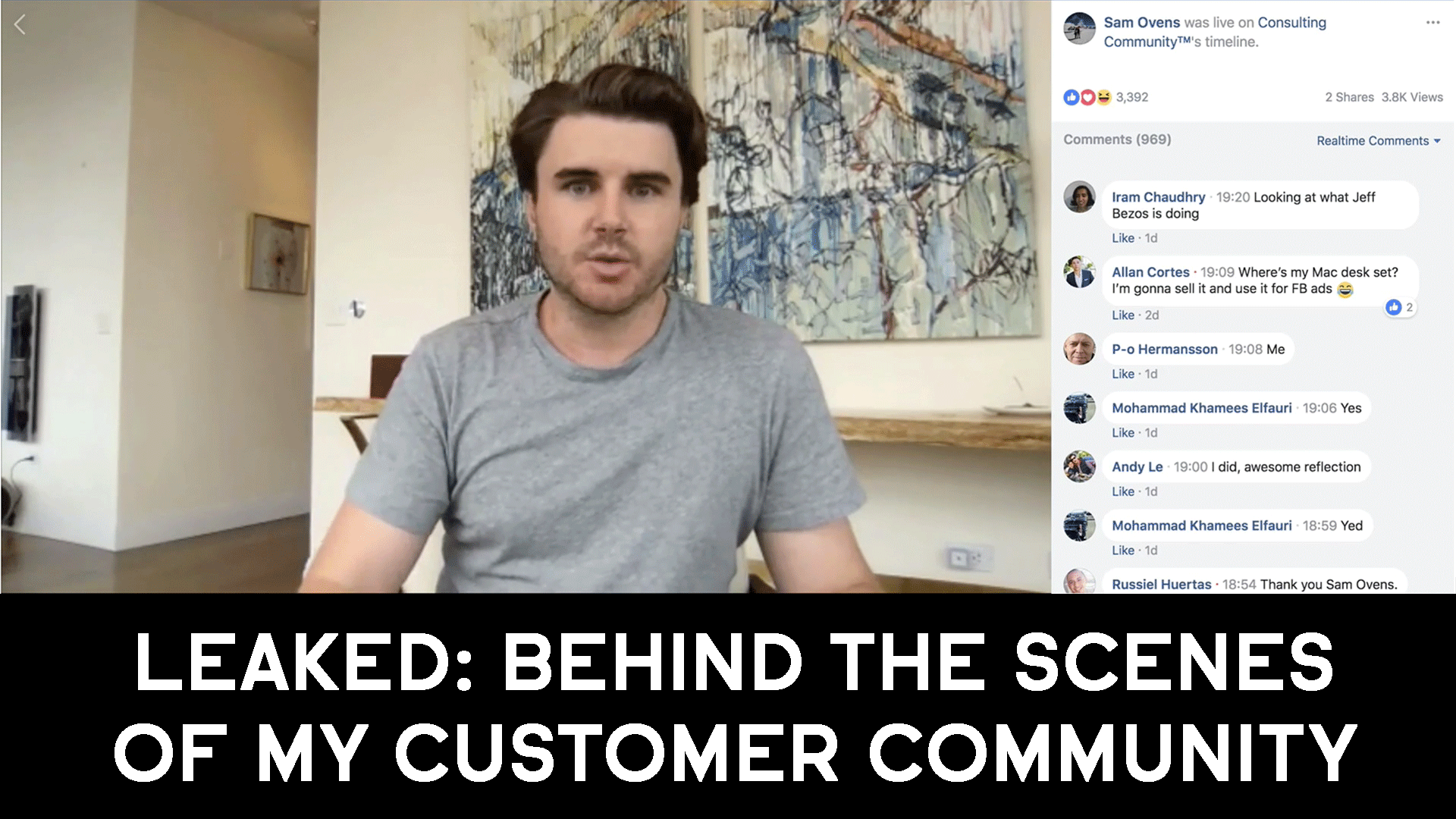 Ever wondered what its like to be a Consulting Accelerator customer?

On Saturday I held a two hour livestream with the customer community to announce some changes and to just hangout and answer peoples questions.

Here's the recording of that livestream so that you can see what it's like to be a customer.

If you're interested in joining this awesome community, starting your own wildly profitable consulting business and changing your life --

If you have any questions that you'd like me to personally answer, let me know in the comments below.

If you have any questions about the Consulting Accelerator program, shoot us an email [email protected].

Sam Ovens & The Team At Consulting.com.