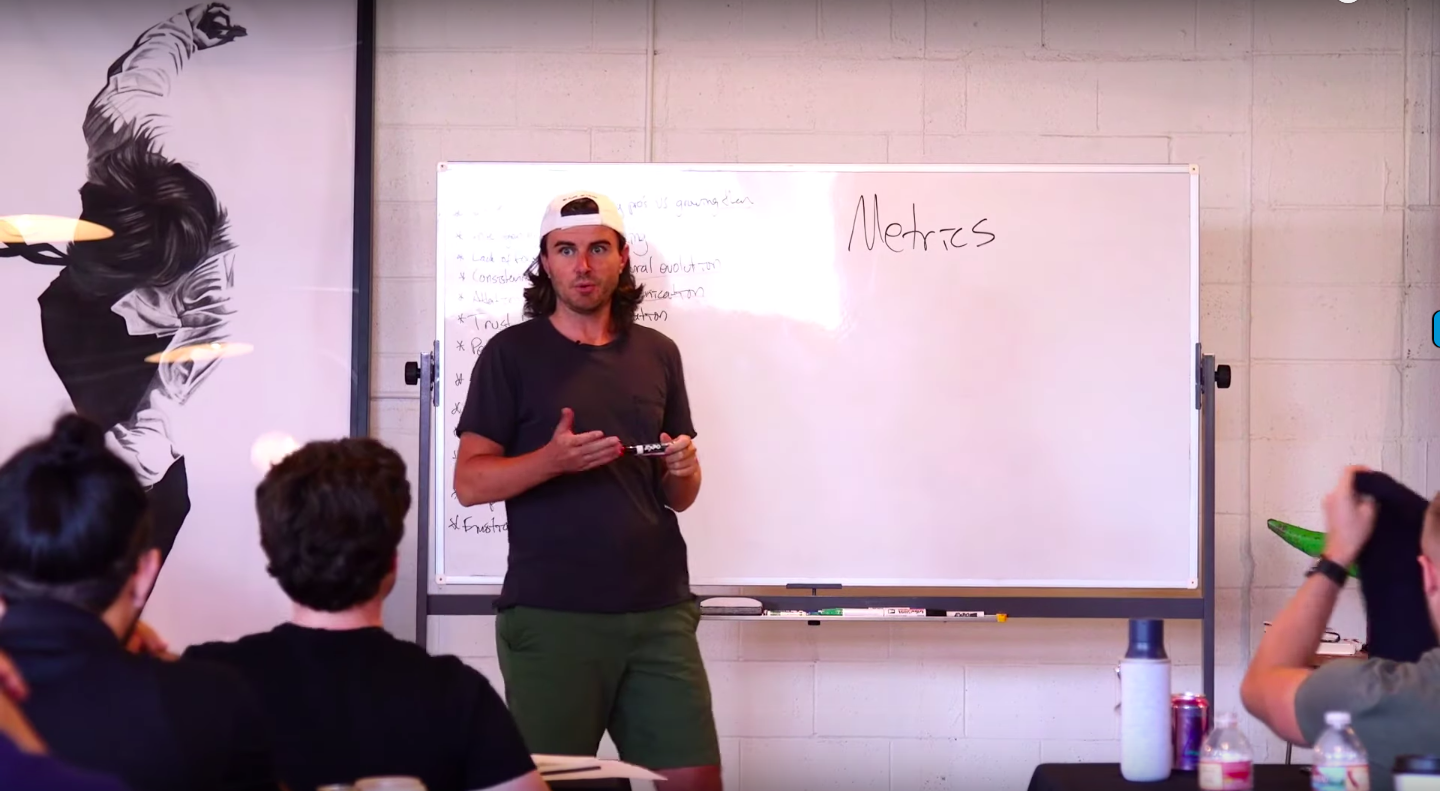 If you ask them about a particular metric, they really cannot tell you.

If you try to find it in their tracking systems, it’s so convoluted and unreliable, that you cannot have high believability in it.

Making decisions off of dirty data is like driving your car with the windshield caked in dirt -- you kind of know where you’re going, but there’s a high chance your going to crash eventually.

That’s no way to manage a company at scale.

Here’s the good news: managing the metrics is easier than most think!

It’s easy to get lost in a sea of numbers, but as the entrepreneur part of your skillset is to be able to determine signal from noise in the numbers.

To identify the cause-effect relationships that make the key numbers move.

Quantum Mastermind is my highest level training, and most of the community is making 7-figures with 4 people making 8-figures.

It's a talented group of people who are doing well.

You'd think we get into super advanced things at this event?

What's funny is, we often focus on removal.

Removal of complexity, of too many low-yield activities, of business objects, and of trying (and failing) to watch too many non-critical metrics.

This approach to metrics is how I was able to take Consulting.com to record profit in 2019, while doing less.

In this snippet from our most recent Quantum event, I'll show you how this approach to metrics works, and how to use it for yourself to keep more of what you make starting immediately.

1. Why NOT to look at too many metrics, and the difference between local metrics VS global metrics. (powerful method).

2. The 1 daily financial metric I watch like a hawk.

3. Why you must maniacally monitor expenses and eliminate all “giraffes” (method from the Leveraged Buyout Industry).

4. Why you should look at your best and worst months and ask “WHY”!

6. The ONLY 2 activities cause record profit months (or catastrophic losses) in an online course or coaching business.

7. My predictions on the future of the online course industry in a RECESSION.

We hyper-systemize your business, environment, mind and routine to the nth degree so that you can humiliate the competition.

Schedule a free discovery call with our team by going to Consulting.com/Call and mention in your pre-call survey that "I'd like to learn more about Quantum Mastermind".