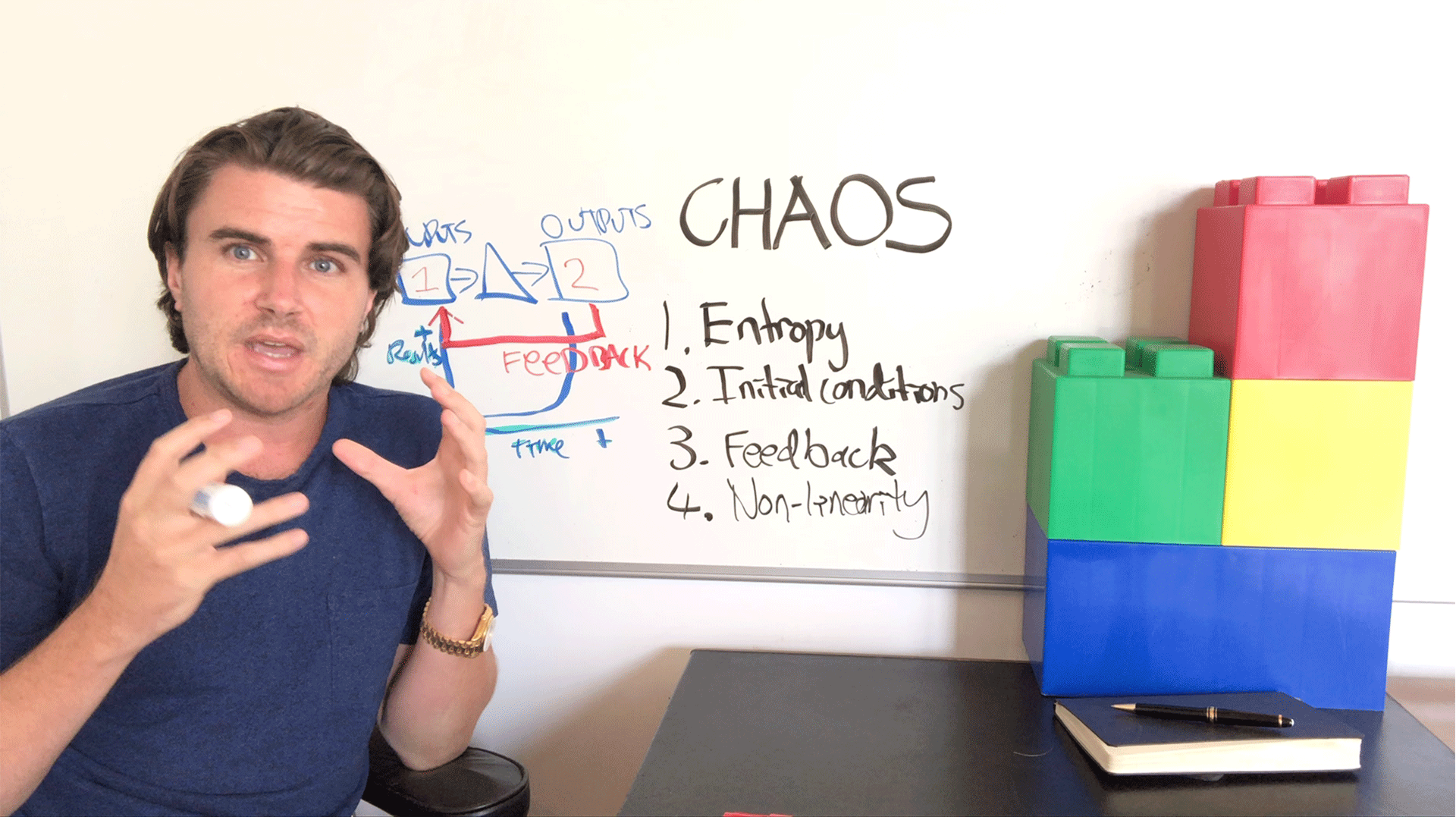 Until you make the unknown known, it will dictate your life and you will call it "fate". We live in a world of complexity and chaos — you either drown in it, or you understand it.

How do you understand complexity and chaos?

Through the use of mental models. Mental models are how we understand the world. Not only do they shape what we think and how we understand but they shape the connections and opportunities that we see. Mental models are how we simplify complexity, why we consider some things more relevant than others, and how we reason. A mental model is simply a representation of how something works. We cannot keep all of the details of the world in our brains, so we use models to simplify the complex into understandable and organizable chunks.

Today's video is the first of a new "mental models mini-series". I plan to release new videos weekly that cover different mental models I use to understand the world and make decisions.

Today's mental model is "Chaos Theory", understanding the 4 universal laws from which infinite complexity emerges. This is a biggy! One video you seriously don't want to miss!

1. "Mental Models" — the thinking tools billionaires use to understand the world they live in and how to influence it.

2. Why I'm releasing a "Mental Models Mini-Series" where I share different mental models that I use to make decisions and understand the world around me.

4. Why humans are bad at understanding causality and complex, non-linear, dynamic systems (and why it's of extreme importance).

5. 4 Universal Laws: Why all complexity arises from 4 simple laws.

6. Law One: Constant pull towards entropy.

What did you think of this mental model? Do you want more videos on mental models? Let me know your feedback in the comments below...