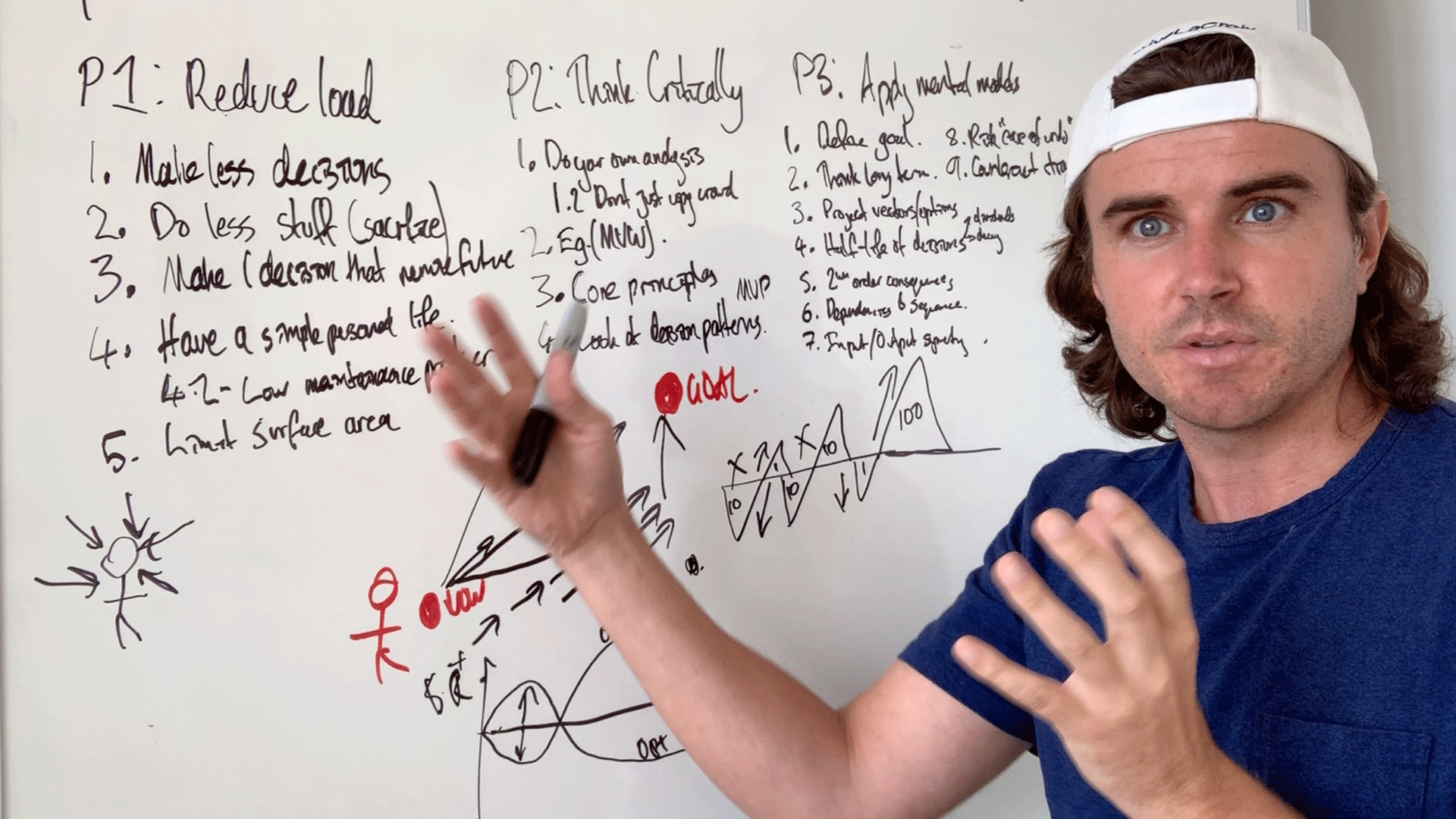 Are you indecisive? Struggle to make fast decisions? History of poor choices? Put things off? Resort to "other peoples thinking" or following the crowd?

We are the sum of our choices. Where you are in life right now, your current situation, it's nobodies doing but your own. It's the sum total of every decision you've ever made. We are our choices.

Part one: Reduce your cognitive load

2. Do less stuff (sacrifice, say no to everything)

3. Make 1 decision that removes the need for future decisions

4. Have a simple personal life (low maintenance partner is key)

1. Think critically, do your own analysis, don’t default to what others are doing (popular delusions and the madness of crowds)

3. Project decision options as vectors towards your goal

6. Consider dependencies and sequencing (grandmasters are always 10+ moves ahead, it's all about the endgame)

1. Recommended book: Principles by Ray Dalio — get it on Amazon here.