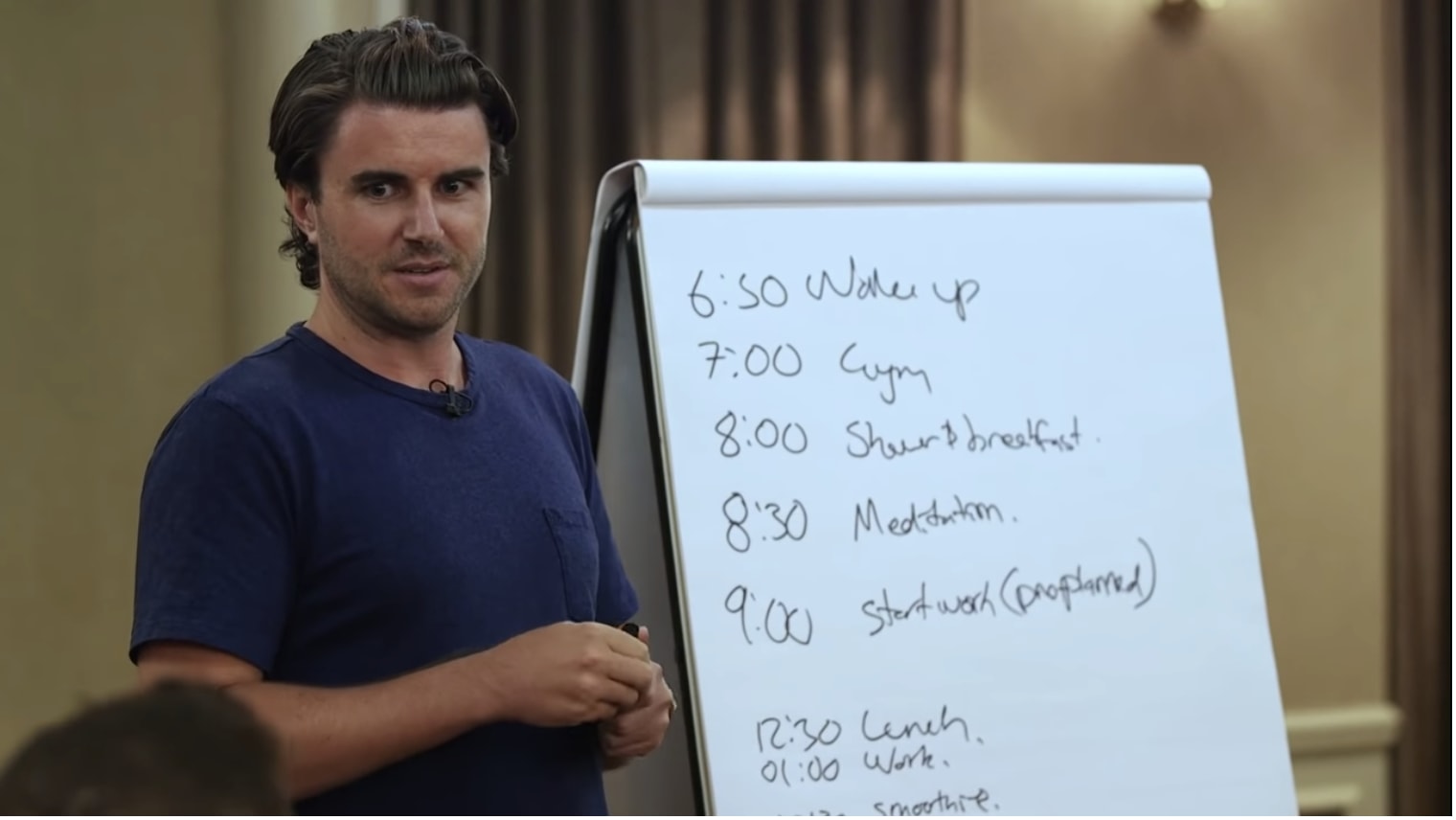 It's funny, people try to make business so complicated.

They get all worried about the latest software, the new podcaster microphone and making sure they get those hashtags just right on the gram -- but --

They completely forget about managing the most precious resource they have -- their time!

Quantum Mastermind is my highest level training, most of the group is making 7-figures, 4 people are making 8-figures. It's a talented group of people who are doing well.

You'd think we get into super advanced things at this event?

What's funny is, we start day 1 the same every single time by doing an audit of where peoples time and attention is going. We basically work on "time management" and "productivity" for the first day.

Why? Because this is where the BIG leverage is.

Not by adding another chatbot to your site or a hashtag strategy to your shitty Instagram, by calming the hell down and focusing on doing some meaningful work that adds value.

1. Why you need to optimize your environment by removing the "snakes" and adding more "ladders". (powerful method).

2. My daily routine and how I've turned it into a default mode that happens automatically everyday and guides me.

3. Why it's very hard to work against your chemicals and hormones and why you need to optimize your sleep, exercise and diet to balance them.

4. How your brain works and how to brainwash it for high performance.

5. Why most people can't focus because they've ruined their brains with social media and instant gratification.

6. How to prioritize what to do when there's 100 different options and all of them look like they're helpful.

7. Other productivity hacks: Hiring a chef, hiring a trainer, getting services to come to you, eliminating all commutes, and more...

Quantum Mastermind is our highest level training, it shows you how to scale to 8-figures by focusing on the things that matter and ignoring the things that don't. We hyper-systemize your business, environment, mind and routine to the nth degree so that you can humiliate the competition.