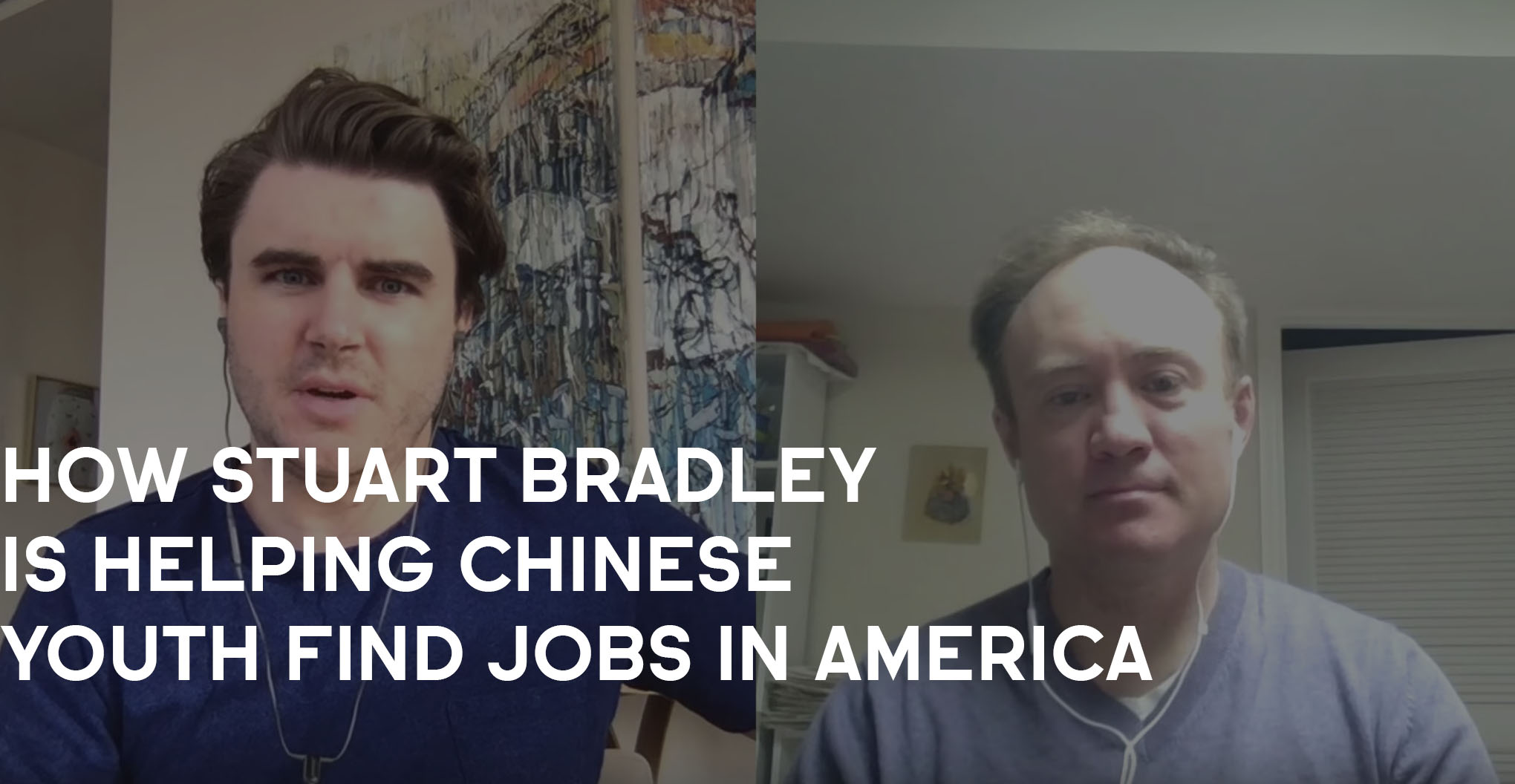 How Stuart Bradley is helping Chinese youth find jobs in America. Want to learn how he does it?

1. How Stuart found his niche helping Chinese youth find jobs in America and why he's passionate about it.

2. How Stuart identified the problems, pains, fears and desires of this niche and was able to step in as a provider of a solution.

3. How Stuart priced his services initially and structured his offer in terms of service delivery and support.

4. How Stuart got his first three clients from doing JV's with insiders who resided in his ideal clients inner world.

Stuarts #1 piece of advice for other members:

Pick something that you're truly passionate and curious about because that will make sure you wake up each day and do the work, regardless of challenges and lack of initial results.

Doing something you love will keep you going through the good and the bad and that makes all the difference.