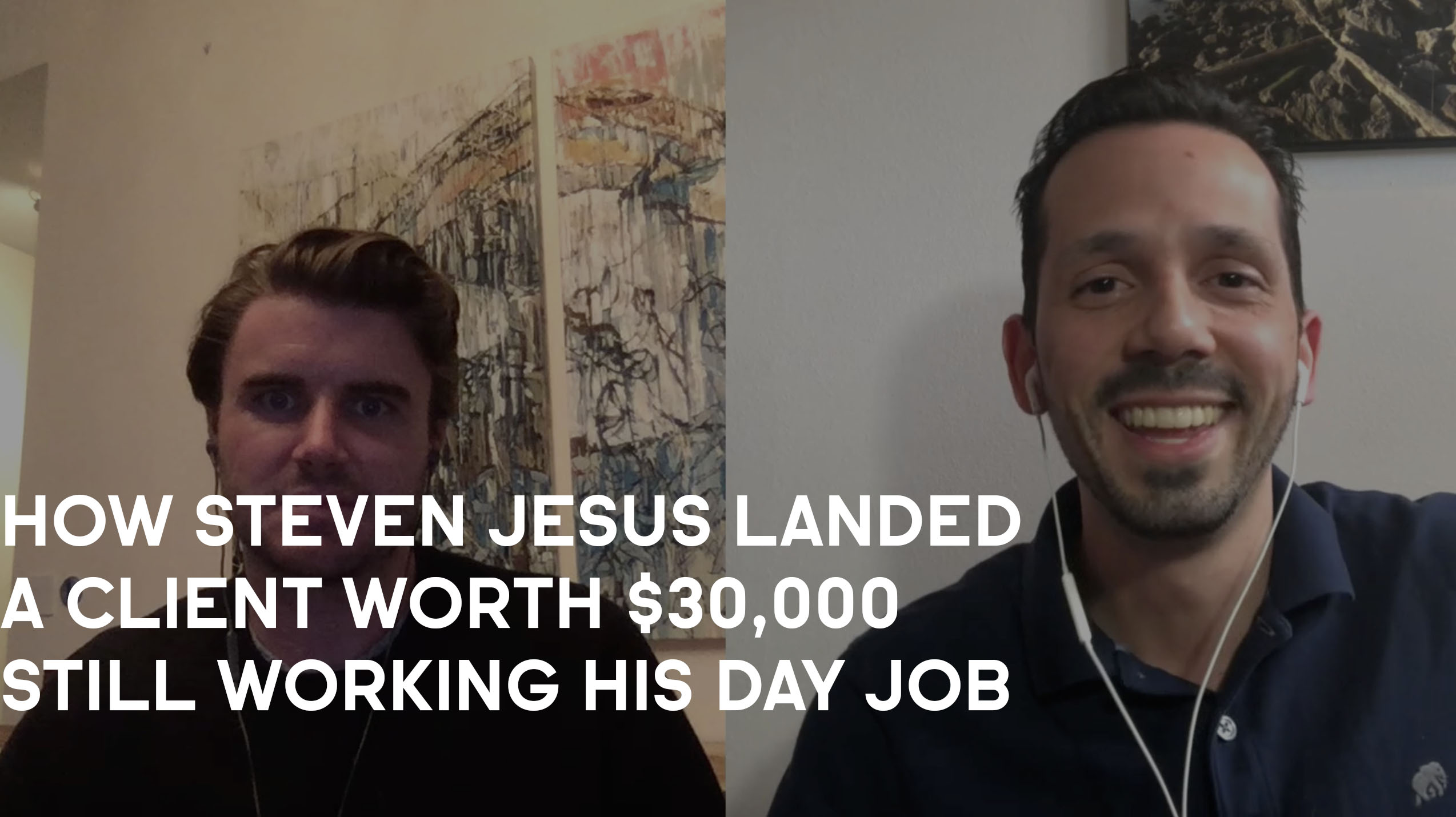 How Steven Jesus Landed A Client Worth $30,000 Still Working His Day Job.

1. What happiness means for Steven in his life.

2. How Steven applied his scientific background to marketing.

3. What machine learning is and how it works with digital marketing.

4. How Steven landed his first client.

5. Steven’s solution for when a prospect asks you for testimonials.

6. Steven’s struggle with “imposter syndrome” coming from the academic world.

Stevens #1 piece of advice for other members: