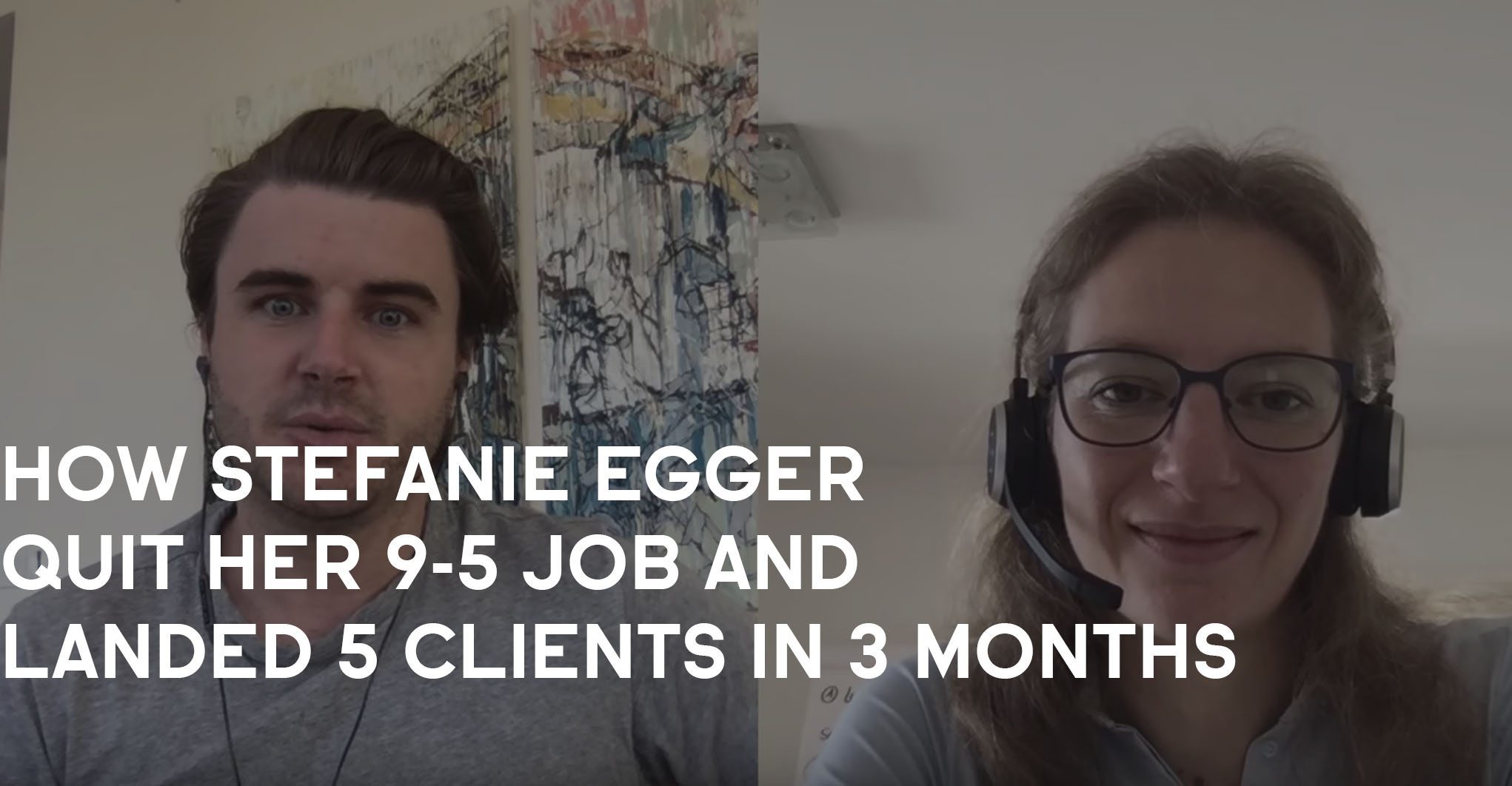 1. Why Stefanie quit her 6-figure consulting job to start her own business and how her first attempts failed miserably.

2. How Stefanie picked her niche based on a hunch from her own life experience.

3. How to analyze your market by talking to them directly AND indirectly through people who know them (Ninja stuff!)

4. How Stefanie landed her first 5 clients using a combination of Linkedin and direct outreach emails.

5. Why feedback and constant iteration is mandatory to achieve success with direct outreach (Big lesson...)

6. Why the combination of: Niche x Offer = Result, mindset and the sales script is the ultimate weapon for success.