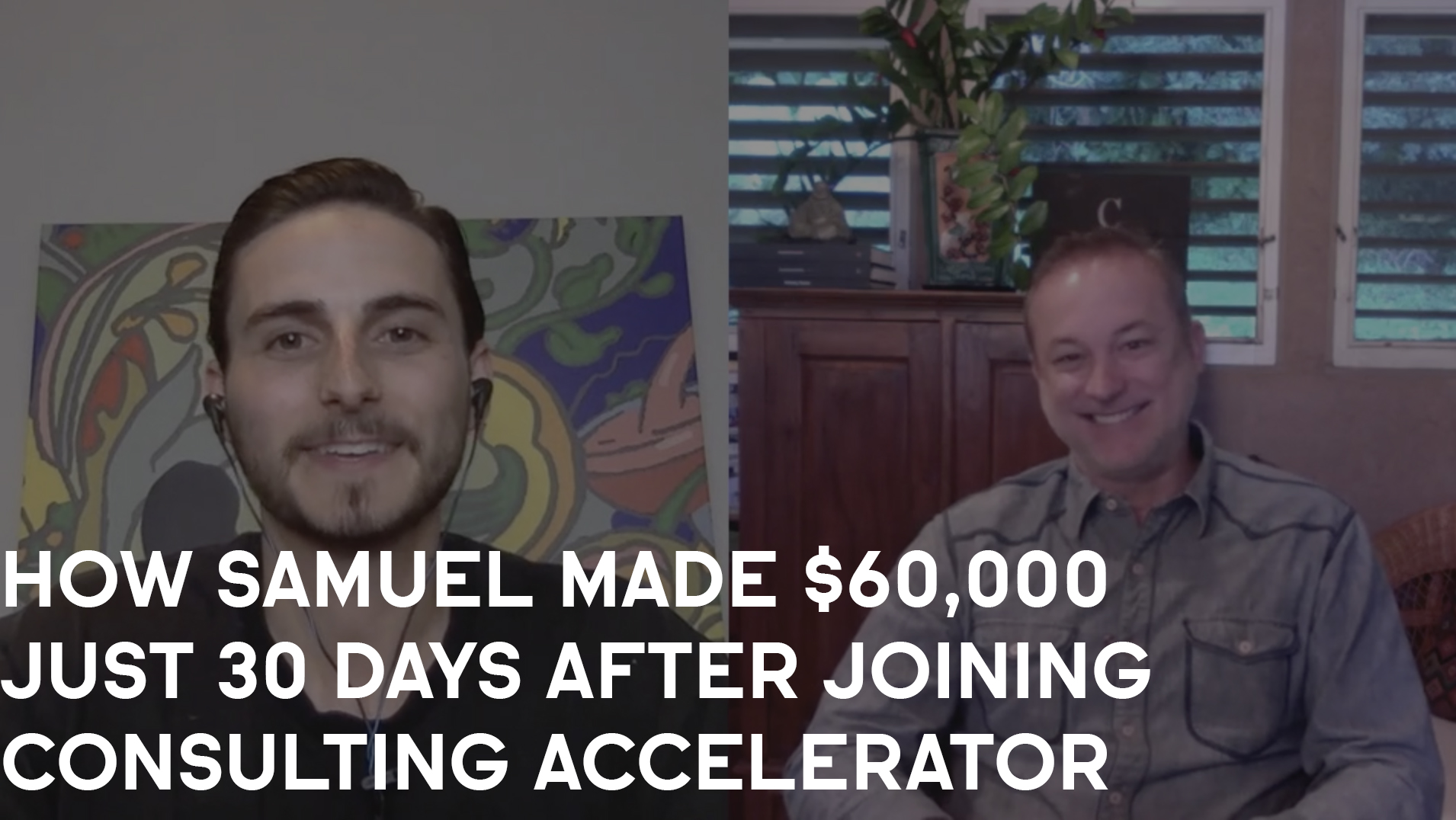 How Samuel Made $60K Just 30 Days After Joining Consulting Accelerator

1. Where Samuel was before joining Consulting Accelerator.

2. The importance of market-message match for Samuel and how he escaped a red ocean.

3. How he helps his clients leverage their IRA into making more money with options trading.

4. The step-step process a client goes through when working with Samuel.

5. Why he recommends having a recovery plan for his clients if they decide to make higher-risks investments.

6. Samuel’s thoughts on diversification and its role in growing wealth.

7. His plan and the reason why he places such high priority on following it to mitigate risk.

Samuel’s #1 piece of advice for members:

Take the content in chunks and take the time to implement the work.