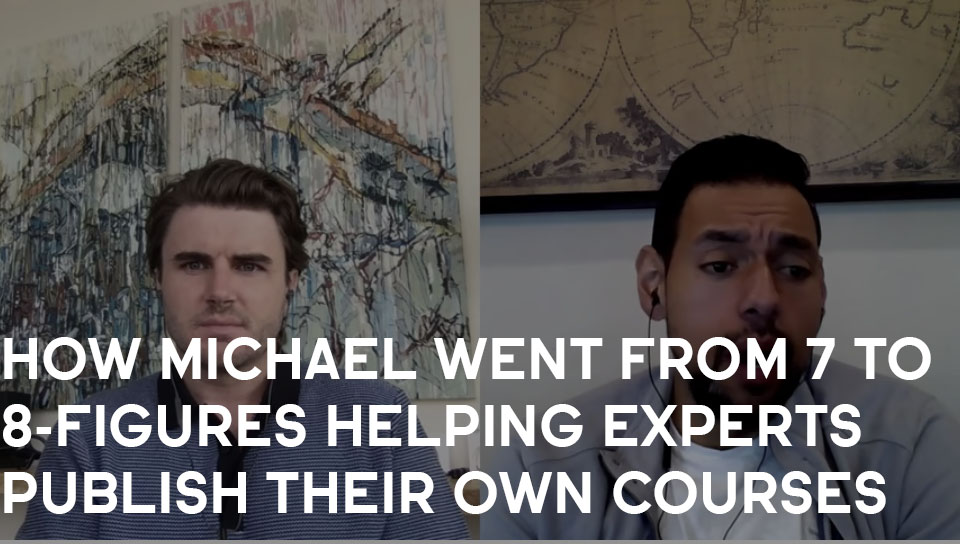 Niche:  Helping experts on different topics, publish, market and sell their own course.

1. Where Michael started when he joined Sam’s first ever program.

3. Michael’s next steps forward after he started hiring a team of employees.

4. The differentiation between targeting seekers and investors.

5. How to decide what’s best for the customer.

6. Why perseverance plays a part in creating advertisements.

7. How Michael sets expectations for his sales employees.

8. Michael’s long-term goals for his business for the next year.

Michael’s #1 piece of advice for members:

Change the way you view failure as just an attempt. Keep trying.