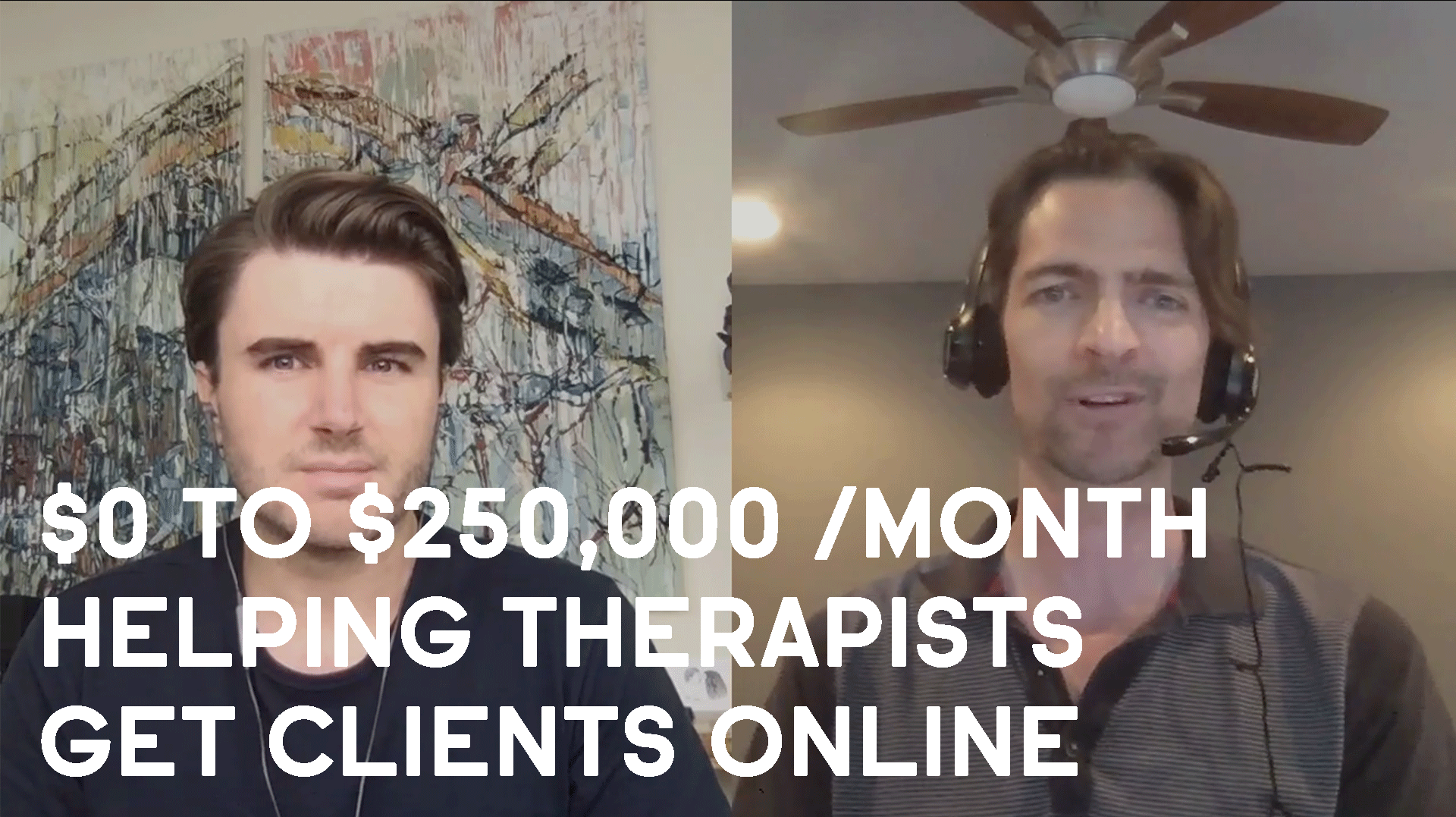 Matt Coffman and Victor Elkins help therapists get clients online and the story of how they got there is both surprising and inspiring!

Making the transition from done-for-you to online courses is one of the most rewarding and transformative things you will ever do.

It unlocks limitless scale and unleashes your knowledge and expertise to the world without you being the bottleneck.

And in todays customer interview, Matt Coffman explains exactly how he and his business partner Victor Elkins did it in record time.

Check out the interview and let me know what you think?

1. How Matt & Victor selected therapists as their niche.

2. Why Matt strategically looks at the client’s point of view.

3. The one major problem Matt found through speaking on sales calls with his niche.

5. How Matt identified who his first hire would be for their team.

7. Matt and Victors vision for therapy in the future.

8. Matt’s #1 piece of advice for members: Look for the one major thing you’re afraid of doing and go at it head on.

Matt's transition from $20,000 /month to $400,000 /month was made possible by joining the Consulting Accelerator training program (which was previously called The Consulting Blueprint) and then later joining Uplevel Consulting.