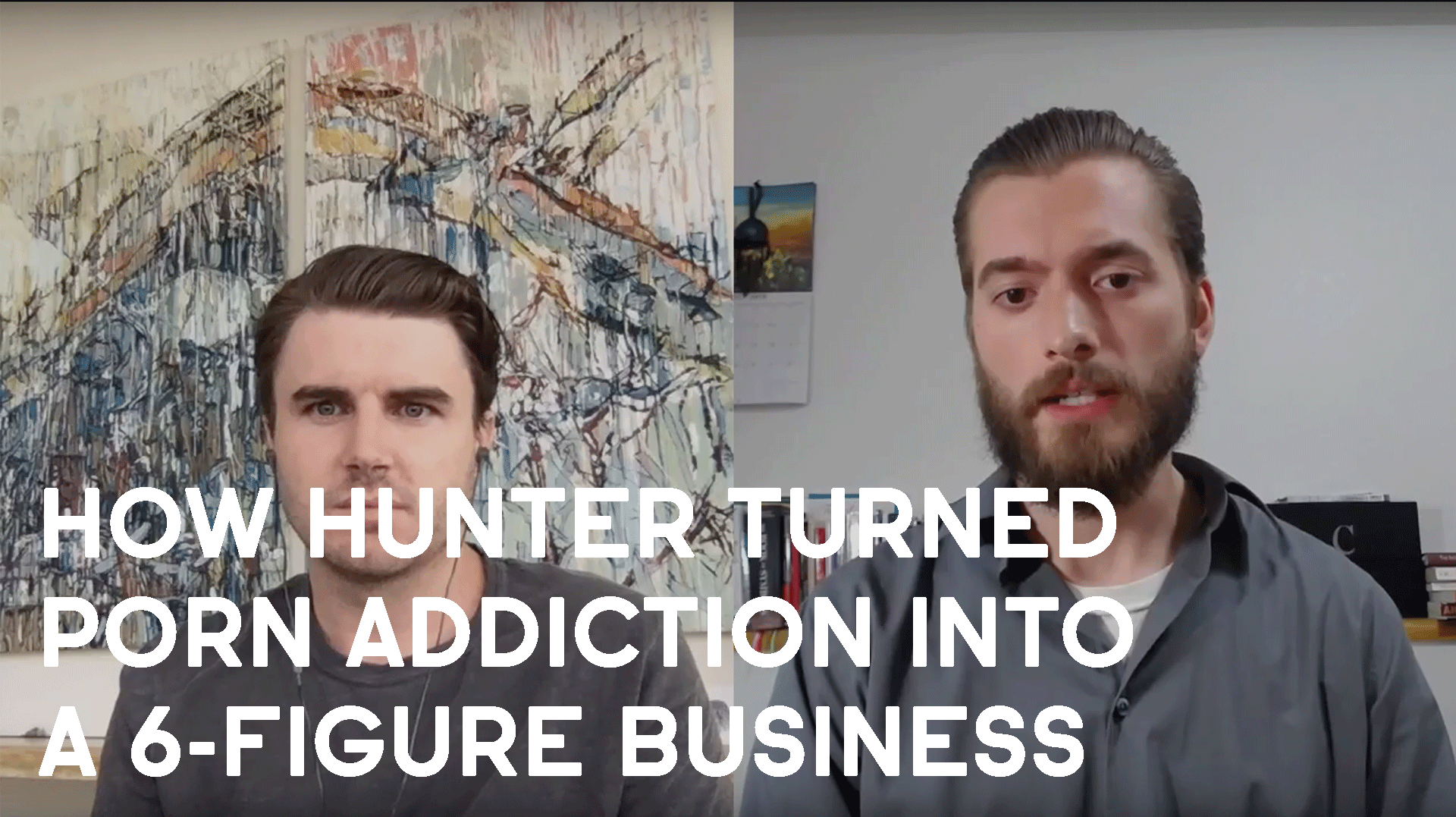 How do you turn the thing you're most ashamed of into a 6-figure business you're proud of?

He was so ashamed of it that he didn't tell anybody and kept it buried under the rug...

When Hunter decided that he no longer wanted to work a 9-5 job and wanted to get into business for himself, he joined the Consulting Accelerator training program and started going to work.

He picked real estate agents as his niche and thought he'd help them get clients using Facebook ads -- this bombed miserably.

Hunter was frustrated and confused why nothing was working and one day he got on the phone with me and asked me what he was doing wrong.

I told him that the only reason he'd picked this niche is because he thought it would have money and therefore make him money, and that he had no passion for this and was unlikely to make it work. I told him that he must have something better than that... Something more personal...

Hunter went to work on this new niche and in 6-months he had a 6-figure business and was working full time for himself.

This is an awesome story and it shows you how easily a life can be changed for the better. Check it out and let me know what you think in the comments below?

1. Why Hunter hated his tax planning day job and decided to start his own business.

3. Hunter's big mistake: Not talking to the market and assuming he knew what was best for them.

4. Moment of breakthrough: Forgetting about the money and focusing on solving true human problems instead. (ironically, this lead to making more money).

5. Why you need to do done-for-you or 1on1 coaching/consulting before you think about creating a training program.

6. Why great training programs are simulations of atoms using bits and why success must be present in atoms before replicating it in bits. (this will blow your mind).

7. Why you must break your current beliefs/perspectives/ideas/identity if you want to make progress, grow and change and how Hunter learned this the hard way.

You just have to get started! Who cares if what you start with ends up being wrong, you have to pick something wrong to discover what's right.

Hunter's transition from $0 to $16,000 /month was made possible by joining the Consulting Accelerator training program and then later joining Uplevel Consulting.