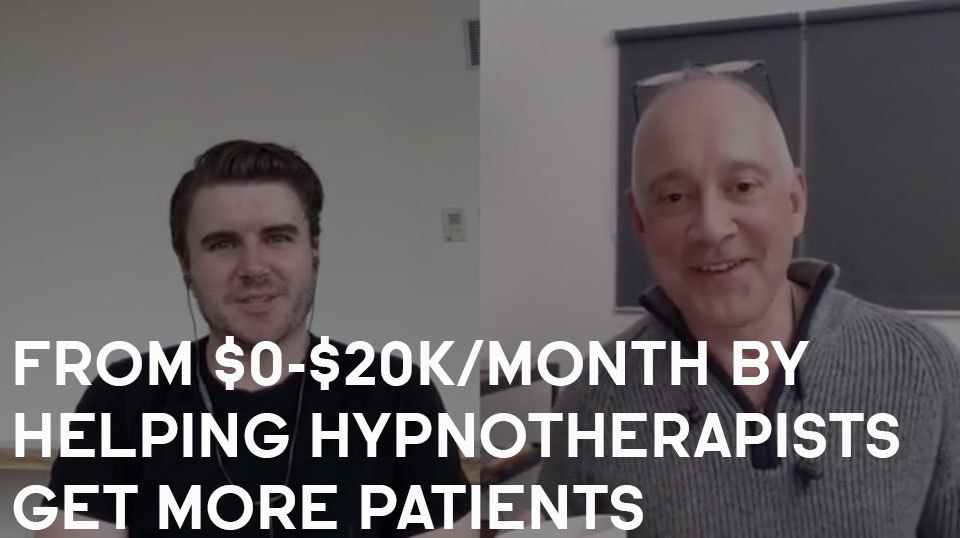 How Clive Went From $0-$20,000/Month By Helping Hypnotherapists Get More Patients

1. Where Clive was before joining Consulting Accelerator.

2. How Clive’s interest and dedication grew when he entered the hypnotherapy niche.

3. The unfortunate characteristics of hypnotherapists Clive noticed that helped him identify and solve the pain points within his niche.

4. Clive’s package, pricing and knowledge he offers to his clients.

5. Clive’s break-down on the science and the severe mind meddling behind hypnotherapy.

6. The one-year plan Clive hopes to achieve for his business.

Clive’s #1 piece of advice for members: