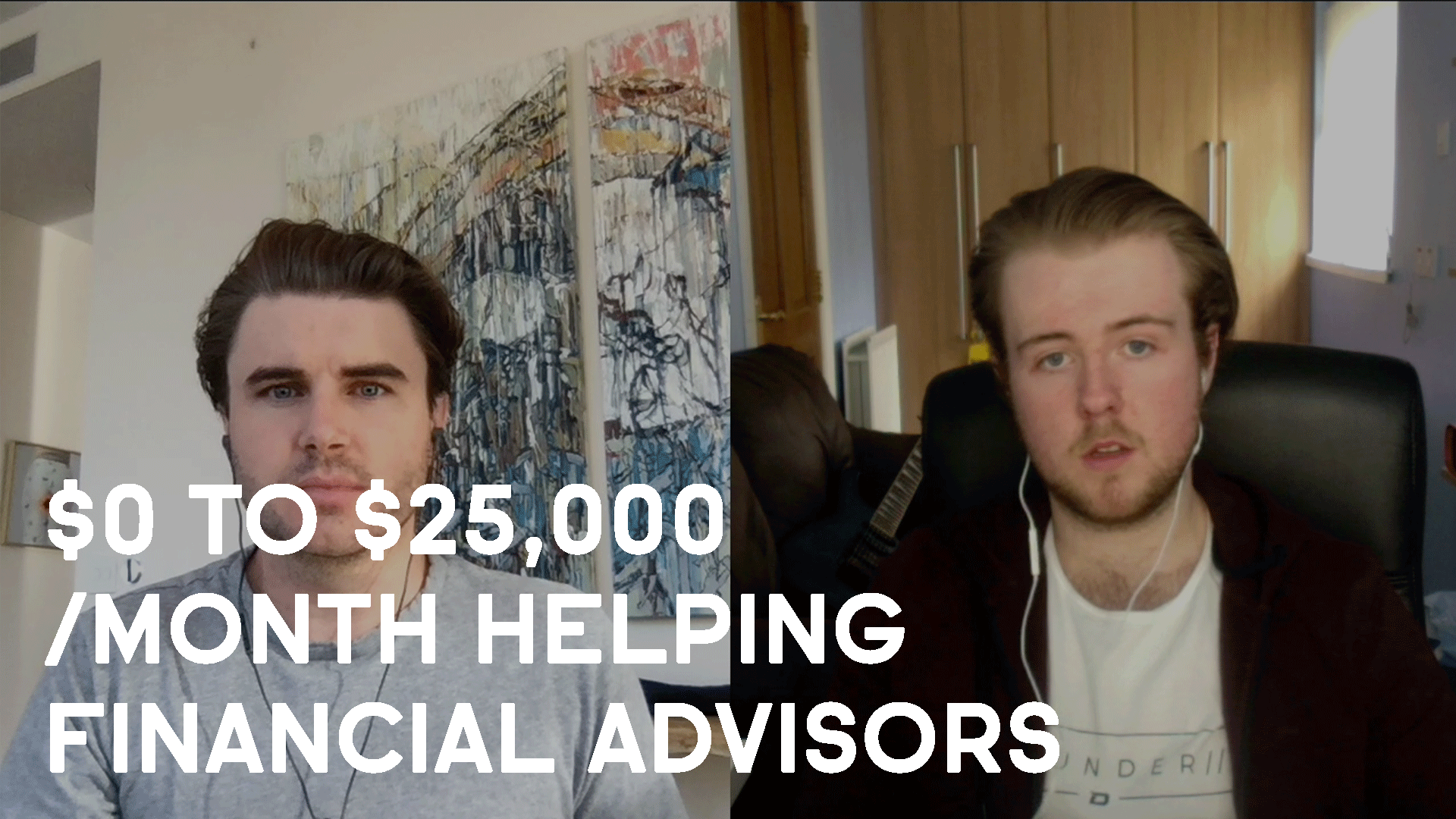 That's exactly what Chris Wills did by age 21.

Chris lives in Ireland and all his friends were at college smashing back beers and eating Mc Donald's, but Chris wanted more from life...

And who could blame him?

Chris joined Consulting Accelerator when he was making $500 /month doing odd jobs as a sporadic kindapreneur and student.

He focused in on the financial advisor niche and used direct outreach via LinkedIn as his secret weapon.

In this interview I drill into the details so that you can learn exactly what it takes to go from $0 - $25,000 /month by age 21 when everybody else around you say's you're and idiot and it can't be done.

1. Why picking a niche and sticking to it is essential to build compound interest and eventual success.

2. How to use LinkedIn to build a network of people in your niche and how to find them using all the possible names used to describe their industry and their position as owner.

3. How to transition LinkedIn connections to "15 min chats" and then to strategy sessions and ultimately paying clients.

5. Why strategy session volume is vital so that you can cherrypick from a wider pool and not get desperate.

6. When to transition from done-for-you and 1on1 to the online course and group coaching model and how to go about it.

Don't fixate on your financial goal, set the goal and then fixate on the actions required to generate that goal.

Eg. Instead of focusing on making $100k /year focus on doing 10 strategy sessions a week and 2 hours of direct outreach per day.

Outputs derive from inputs, garbage in garbage out.

Check out the interview and let me know what you think in the comments below?

Interested in getting results like Chris did? Click here to register for the FREE consulting webinar where I show you how you can do the same!