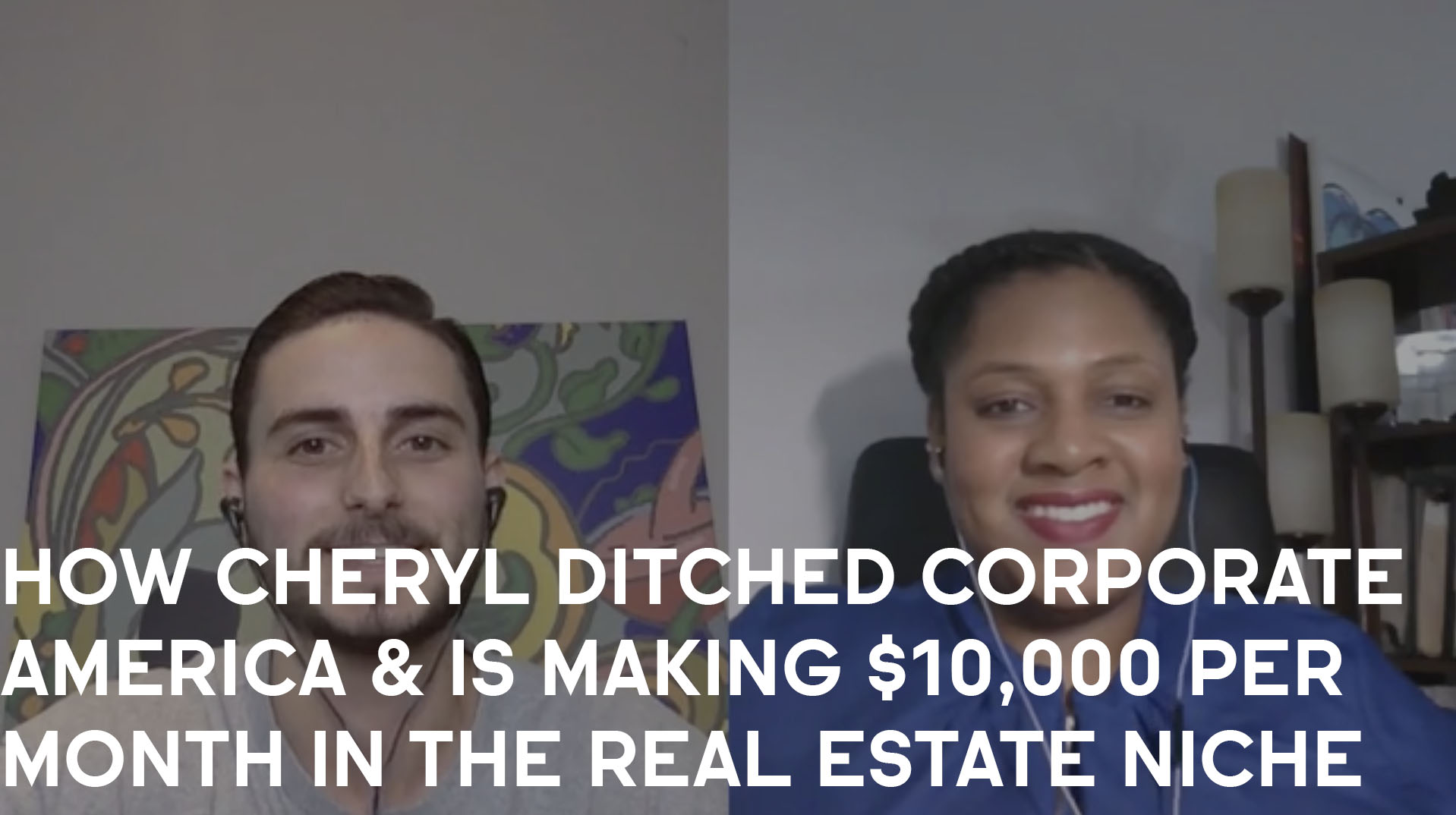 How Cheryl Pinkard Ditched Corporate America And Is Making $10,000/Month In The Real Estate Niche.

1. Where Cheryl was before joining Consulting Accelerator.

2. The corporate environment Cheryl was in and why she needed a change.

3. Who Cheryl helps and how she structures her offer to them.

4. How she services her clients and why it is more effective than traditional methods.

6. Cheryl’s vision for the future of her business.

Cheryl’s #1 piece of advice for members: