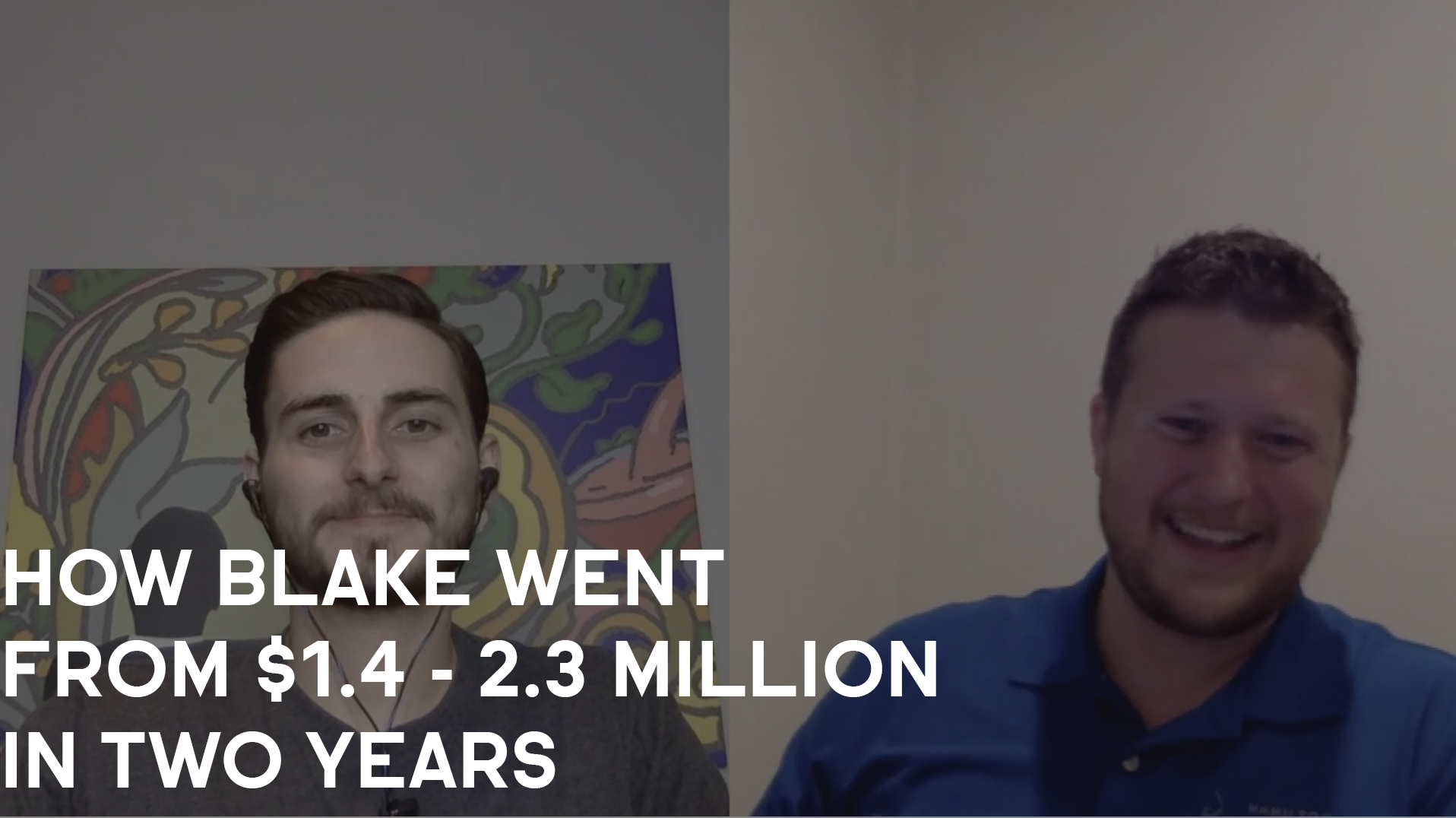 1. Where Blake was before the program and how he got into his niche.

2. Why Blake is a huge believer in cold-calling to land clients.

4. How to practically expand your mindset and belief system.

5. How to practically expand your prospect’s mindset on a sales call.

8. Blake’s vision for his business.

Blake’s #1 piece of advice for members:

Remember...it’s a numbers game and you need to dedicate yourself to it.