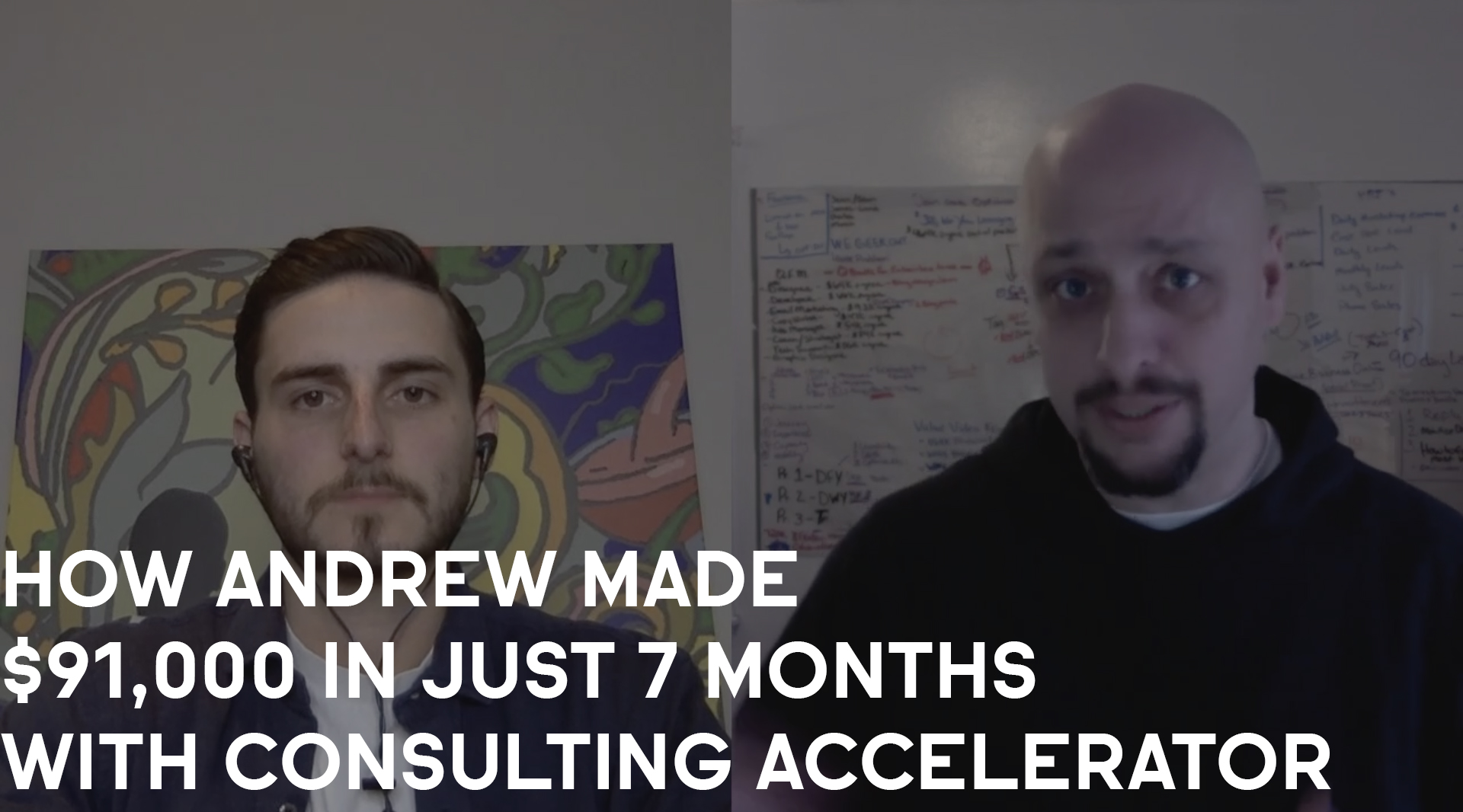 How Andrew Neumann Made $91,000 In Just 7 Months With Consulting Accelerator

Niche: Helping real estate agents systemize their processes and get more clients with digital marketing on the back-end versus front-end.

1. Where Andrew was before the program and how he got into his niche.

2. How Andrew started his initial organic conversations to identify his niche’s pain points.

3. The structure he uses for his calls with prospects.

4. Andrew’s strategy for helping his clients differentiate from their competitors.

5. SEAS, what it means and how Andrew uses it for himself and his clients.

6. How he landed his first few clients when starting and how he’s been able to increase his prices.

7. Andrew and his wife’s plan for their business moving forward.

Andrew’s #1 piece of advice for members:

Don’t get ahead of yourself.