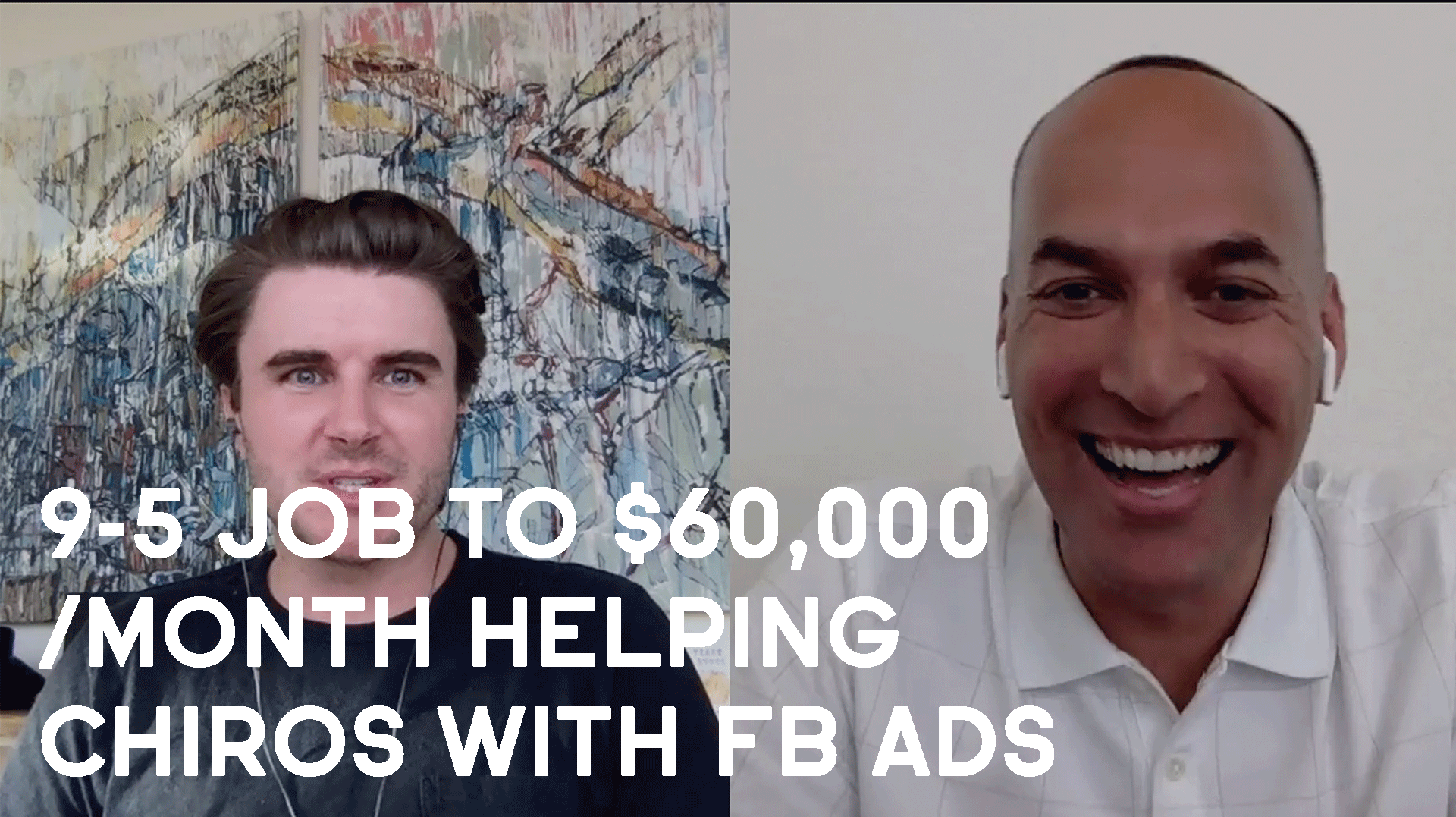 1. Why it took a buildup of extremely painful live events to push David to take action and stop procrastinating.

2. How to break out of procrastination and stark taking consistent action towards your goals.

3. Why David chose chiropractors as his niche and how he decided to start helping them get clients with Facebook.

4. How David got his first client from direct outreach on LinkedIn and how he used "free trials" to convert skeptics into paying clients when he had 0 case studies.

5. How David built his sales message and strategy upon the successes of his previous clients.

Want to learn how he did it? https://www.consulting.com/webinar.

David's #1 piece of advice for members:

It doesn't matter if you pick the wrong niche initially, picking the wrong one and then course correcting to the right once can still be done in a timeframe shorter than most people take to pick anything!