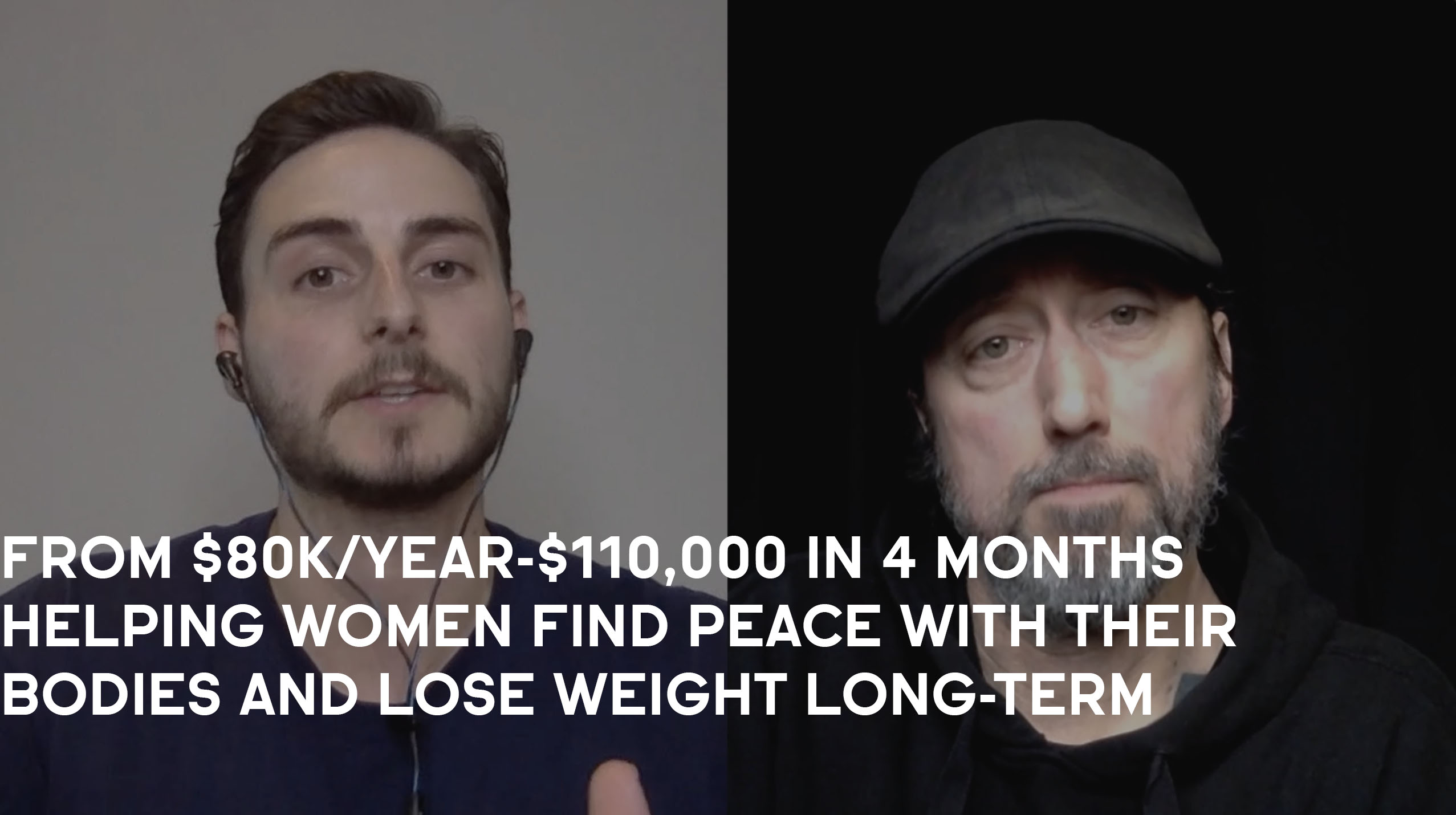 From $80k/Year-$110,000 In Just 4 Months Helping Women Find Peace With Their Bodies And Lose Weight For The Long-Term

Niche: Helping women find peace with their bodies and lose weight for the long-term.

1. Where Jason was before joining Consulting Accelerator.

2. How Jason chose to help women and what he helps them achieve.

3. The false truths that exist in today’s fitness industry from Jason’s perspective.

4. How Jason developed the confidence and skills to help his

5. Why Jason scratched his entire business model and then made over $110,000.

6. How Jason structures his offer and learned to use Facebook ads.

7. The most transformative part of the program for Jason.

Jason’s #1 piece of advice for members: