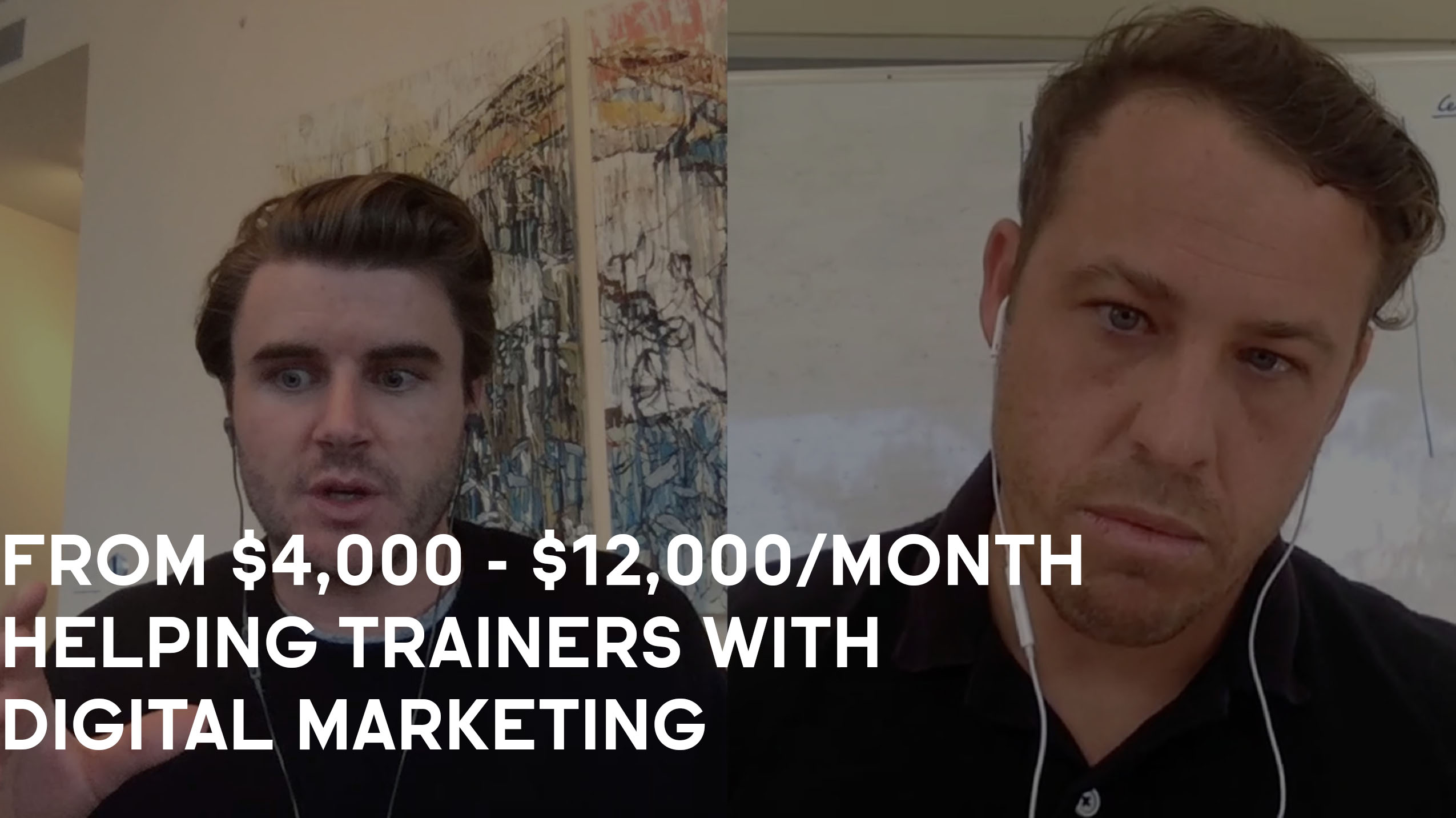 How Jared Asher went from $4,000 /month to $12,000 /month by helping trainers get more customers with digital marketing

1. Why building partnerships was key to Jared’s success.

2. Why service delivery was Jared’s weakness when joining and how he overcame that.

3. How Jared chose his niche.

4. How Jared optimized the structure of his days/weeks.

Jared’s #1 piece of advice for other members:

Get super clear on where you’re going and why you’re doing it.

Without clarity you can’t get anywhere.