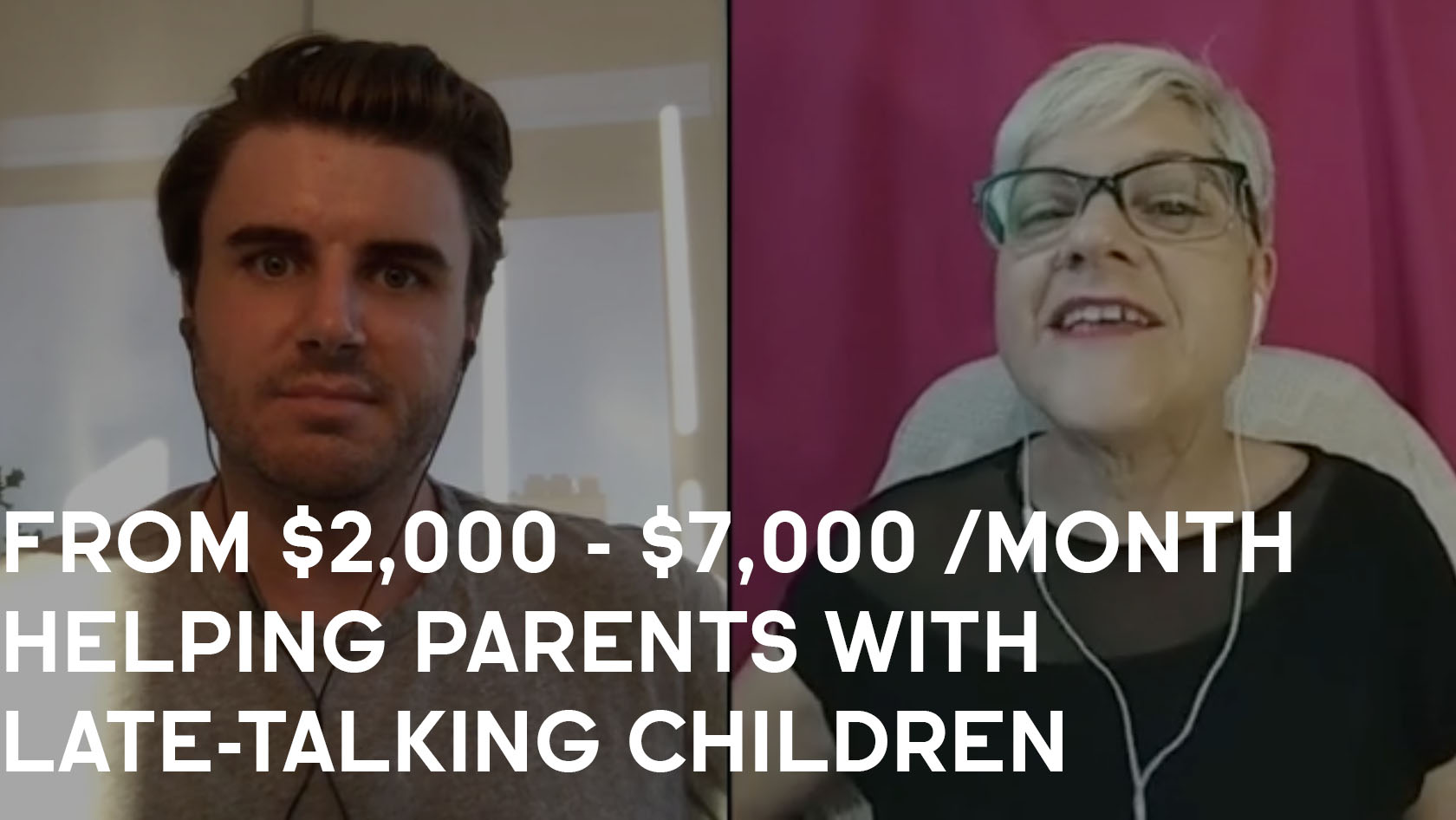 How Marci Melzer went from $2,000 /month to $7,000 /month by helping parents with late-talking children

1. How Marci was struggling as a generalist and then turned into a specialist

2. Why providing value on her profile is crucial for Marci’s success organically.

3. What the first version of Marci’s service looked like.

4. How Marci helps late-talking children without ever having to meet the child.

5. Why Marci’s calls her process “organic outreach on steroids.”

6. Marci’s strategy for getting less but more qualified strategy sessions.

Marci’s #1 piece of advice for other members:

Know who you are and don’t be afraid to say it.