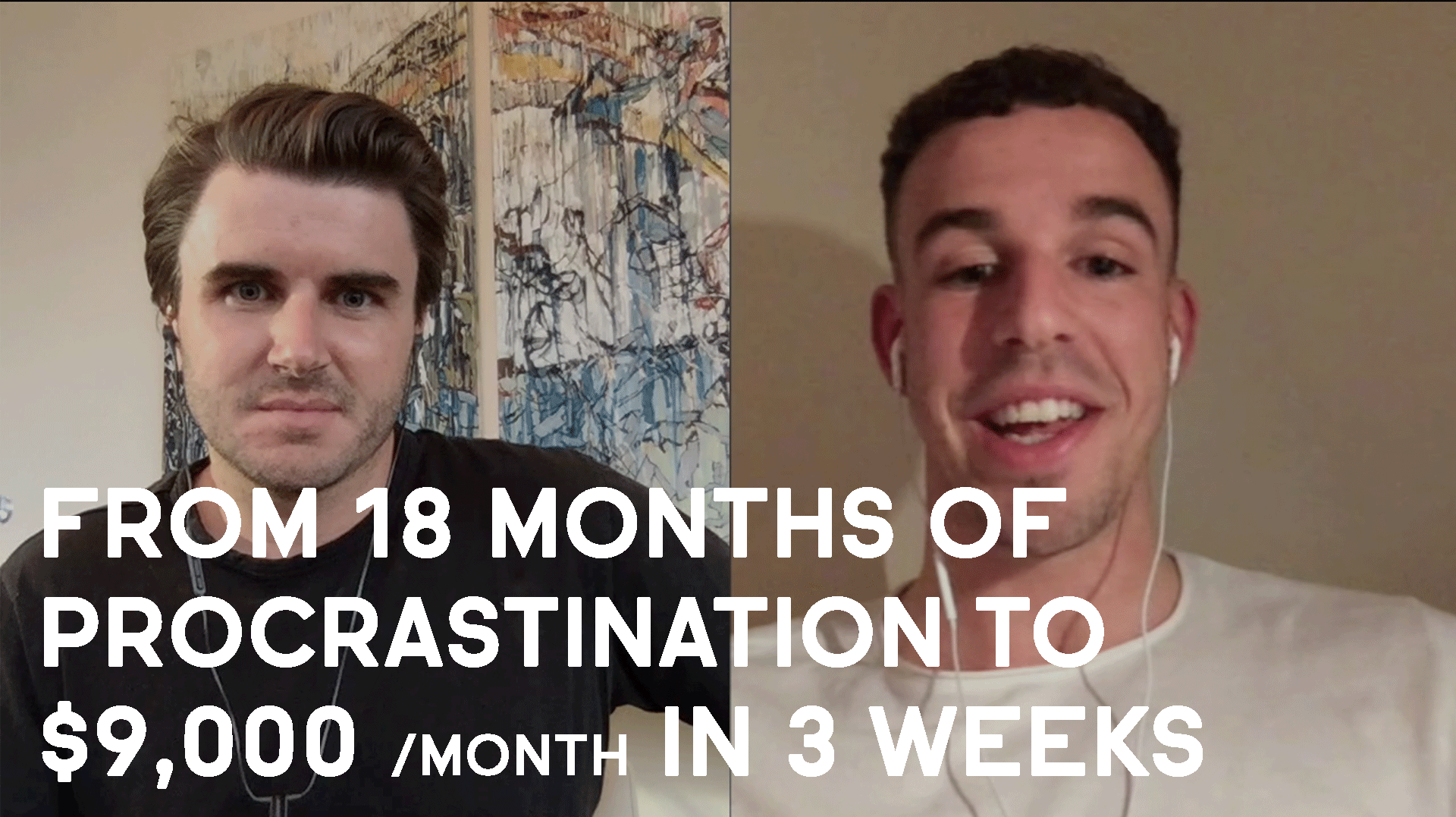 This interview will be like facing the devil for many of you...

Following too many people, listening to too many voices, changing niches every 3 phone calls and constantly re-upping for another hit of Gary V and Grant C's social media meth to keep him wired and lost in their labyrinth.

1. Why following too many people, watching videos on YouTube, keeping up with FB and Instagram and trying to actually start a business is impossible and a pipe dream.

2. Why picking your niche based on what other people are doing and changing your niche every three phone calls is not the way to achieve anything, ever.

3. How it took a financial life or death situation to finally wake him up from his delusions, get focused and commit to one thing.

4. Why Niall ignored week two of the Consulting Accelerator program for 18 months until he hit rock bottom and had to fight, and why doing it completely changed his life.

5. Why deleting social media, cutting the power cord on his TV, giving away his PS4 and putting his phone in the bathroom draw lead to getting 3x clients in 3 weeks.

6. How to get clients using LinkedIn search, direct messages, a 15 min chat and a strategy session and how Niall used it to get to $9,000 /month in 3 weeks.

Niall's #1 piece of advice for other members:

Pick a niche and stick to it -- The grass isn't greener on the other side, it's greener where you water it.

Block out all distractions -- Sit down in a quiet place, take out the Consulting Accelerator physical workbook (part 1) and read the entire "Week 2" mindset training from start to finish -- It will seriously change your life!