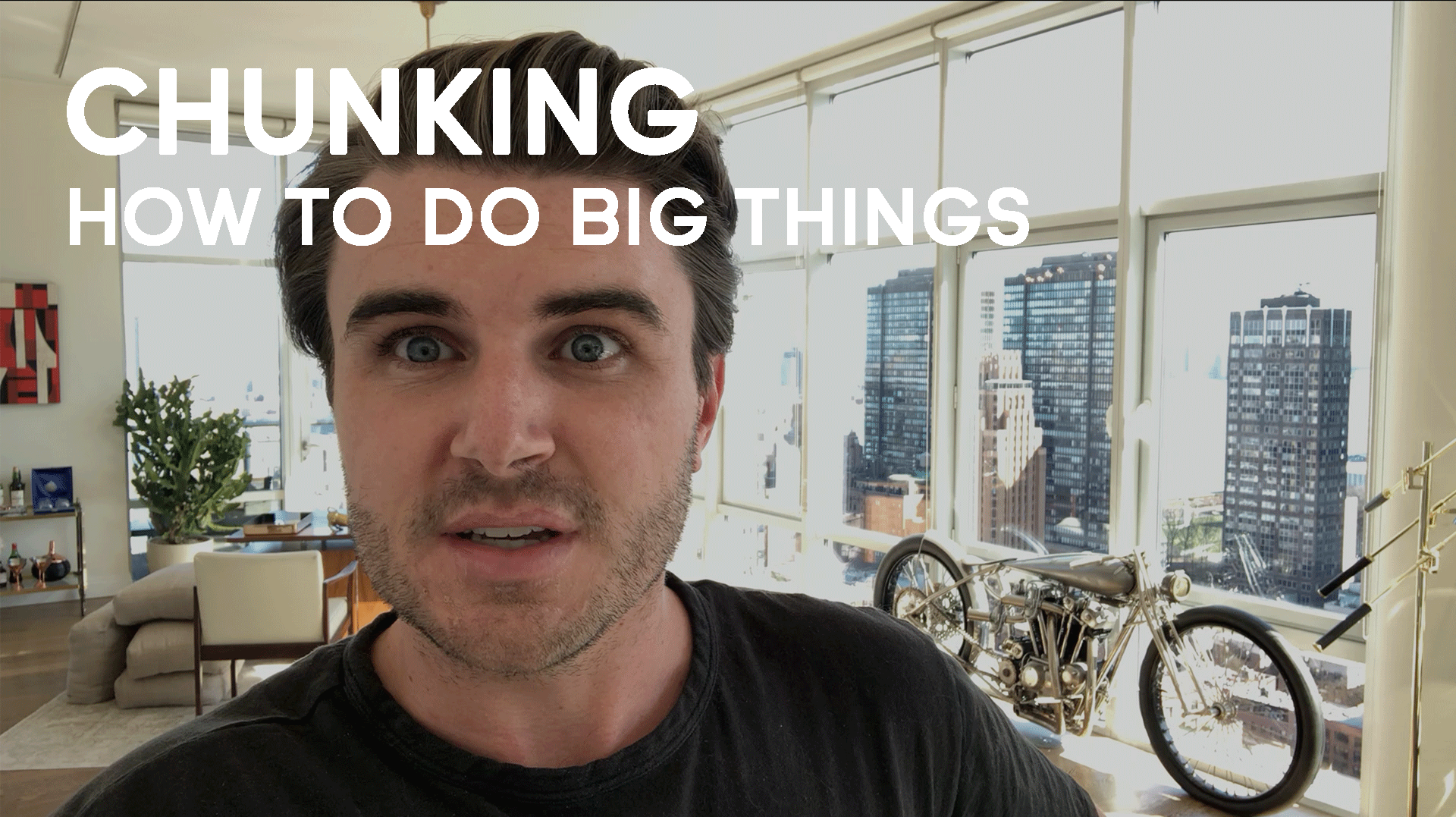 Right now, today, there's people out there that are struggling to reply to their emails or get 1 customer --

So how does Amazon get 300 million of them?

The secret Jeff Bezos uses is something called "chunking".

By doing this, he takes a monumental task and turns it into small bite sized chunks that can be executed on this hour and today.

The concept of chunking has completely changed my life and allowed me to achieve long term things...

Today I thought I'd share it with you because I'm sure it can do the same for you!

1. How people have eaten entire airplanes and trains by grinding them down into fine metal powder and sprinkling it on their food every day.

2. What gets measured gets done and why you need to have a clearly defined goal if you want to achieve anything in this life.

3. How to figure out what you want in 5-10 years and then reverse engineer it into yearly, monthly, weekly, daily and hourly tasks that you can execute on immediately to get to where you want to go.

4. Why "living in day tight compartments" is crucial to actually execute on things and keep things in perspective.

5. Why mountain climbers say to never stare at the summit and instead, stare at your boots and focus on taking the next step.

6. Why realistic expectations are mandatory for achieving big things and not abandoning mission because things get hard.