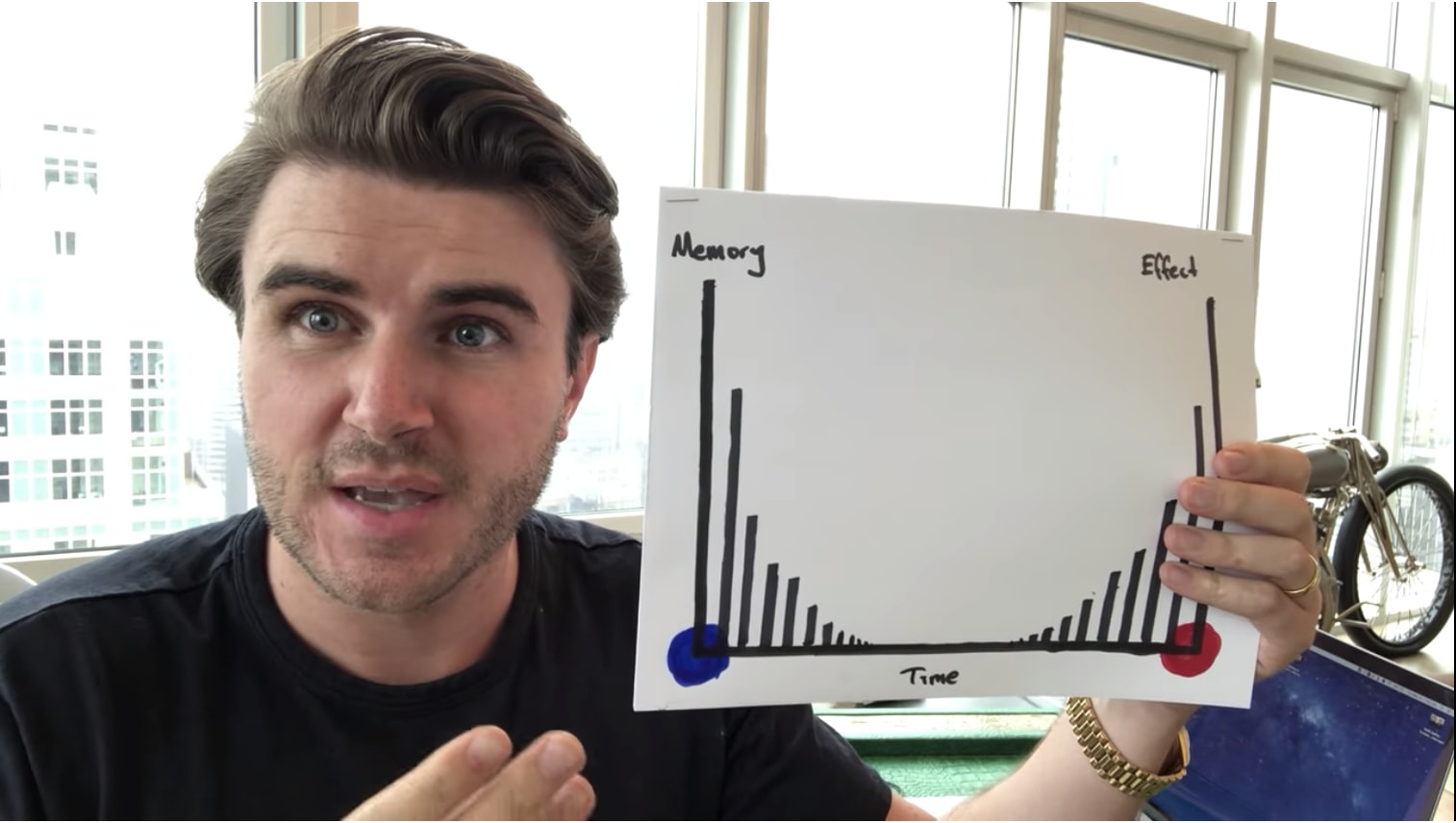 Cure your blindness and learn to see -- The results you get today don't come from today's work, they came from the work you did 1-3 years ago!

Most people fail to see long-term cause and effect relationships...

They're shortsighted and they only think in timeframes of today, this week and this month.

If they don't see rewards from the actions they take immediately, they give up or find a new shiny object and the same pattern repeats itself again.

It's a vicious cycle like a snake eating its tail.

If you take an action today, the true reward of that action will occur 1-2 years from now, not today. Most people are blind to this.

If you want to succeed in life and business you need to understand cause and effect timeframes so that you can think clearly and execute on the power law activities that truly move the needle.

This video shows you how to do that!

1. Why this month has been a record month for my company and why the results came from work we did 1-2 years ago, not today.

2. Why most people are blind to long term cause/effect relationships and make poor decisions because of it.

3. Why you should focus on the things that produce results in the future instead of results today and how this is the polar opposite to what most people do in the world today.

4. How your minds optimization algorithm works and why its responsible for the rapid evolution of the human race.

5. Why Einstein said: “Compound interest is the eighth wonder of the world. He who understands it, earns it... he who doesn't ... pays it.”

6. Why moving slow is the best way to move fast -- Why small actions taken consistently over a long period of time produce exponential results.

7. Why sometimes you have to move backwards in the short-term to move forwards over the long-term and how I sacrificed my well paying job and lifestyle for 1-year so that I could live the next 80 years of my life well.

8. How to develop "Hyper Awareness" where you can see patterns in chaos and connect the dots between causes and effects. (This is powerful).

9. DOWNLOAD: A powerful reminder to download, print out and pin up on your wall so that you can remember to make smart decisions.

2. The Consulting Accelerator training program -- Learn more about it here.

Check out the video and resources and let me know what you think in the comments section.