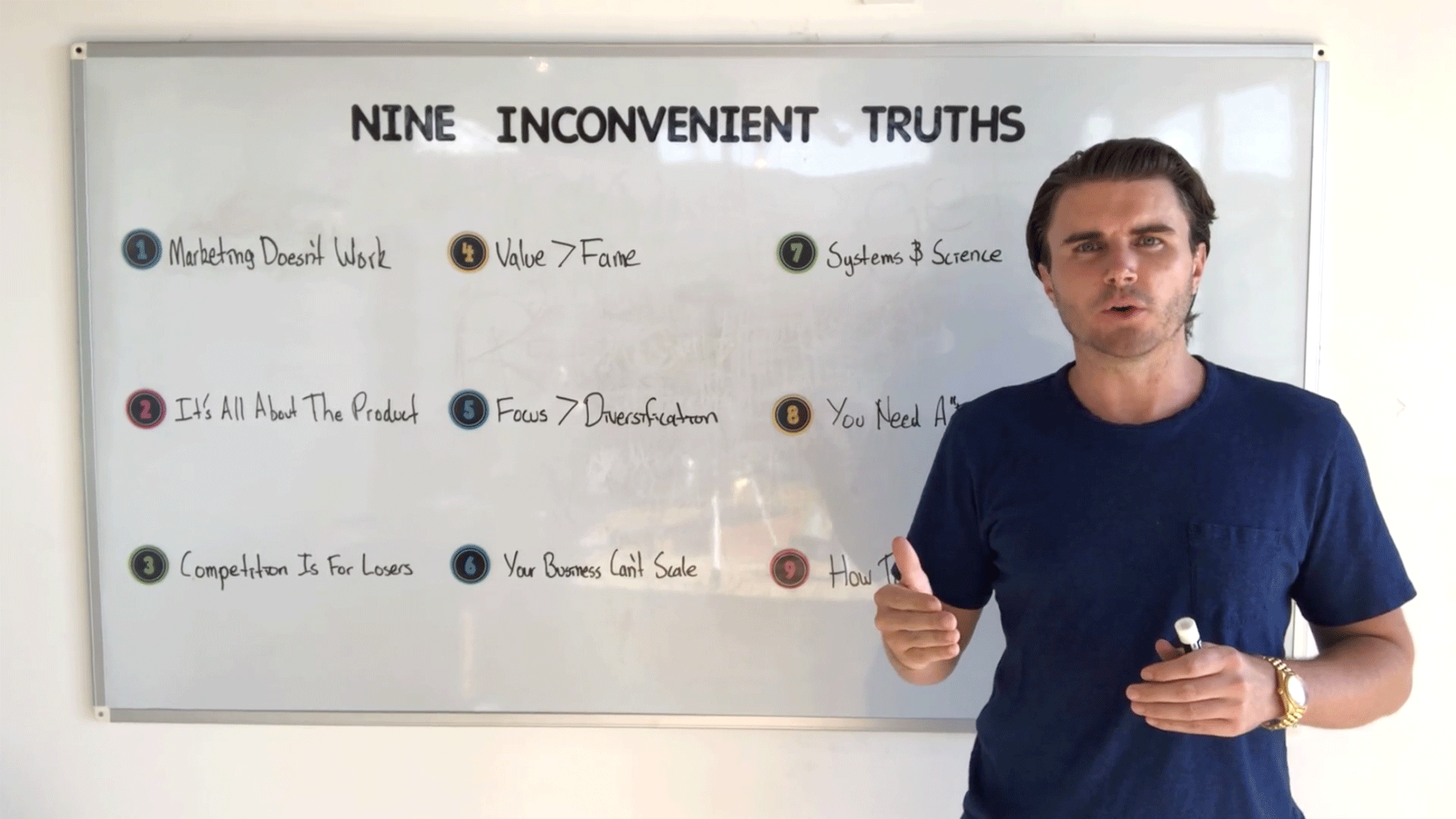 In a time of universal deceit — telling the truth Is a revolutionary act.

Right now the online business market is in a state of delusion, fantasy and clinical grade insanity. Everybody has gone mad!

I've been quietly observing this and using it to my advantage for years, but today, I decided to share my observations with you.

Today's video shares 9 inconvenient truths the market is too afraid to face. While this may be uncomfortable to hear, facing it will make you a better entrepreneur and it may just save your business!

This is one video you seriously don't want to miss!

2.  It's all about the product

3.  Competition is for losers

9.  How to survive the culling

Uplevel Consulting -- Uplevel is a 9 week online course that shows you how to scale your business to 7-figures+ using proven methods and hyper-systemization.

To learn more about Uplevel Consulting, you can see the original page this video was from here, you can schedule an appointment with us here or you can email us at [email protected]. If you email us, say "I'm interested in Uplevel Consulting" in your email to make things faster!