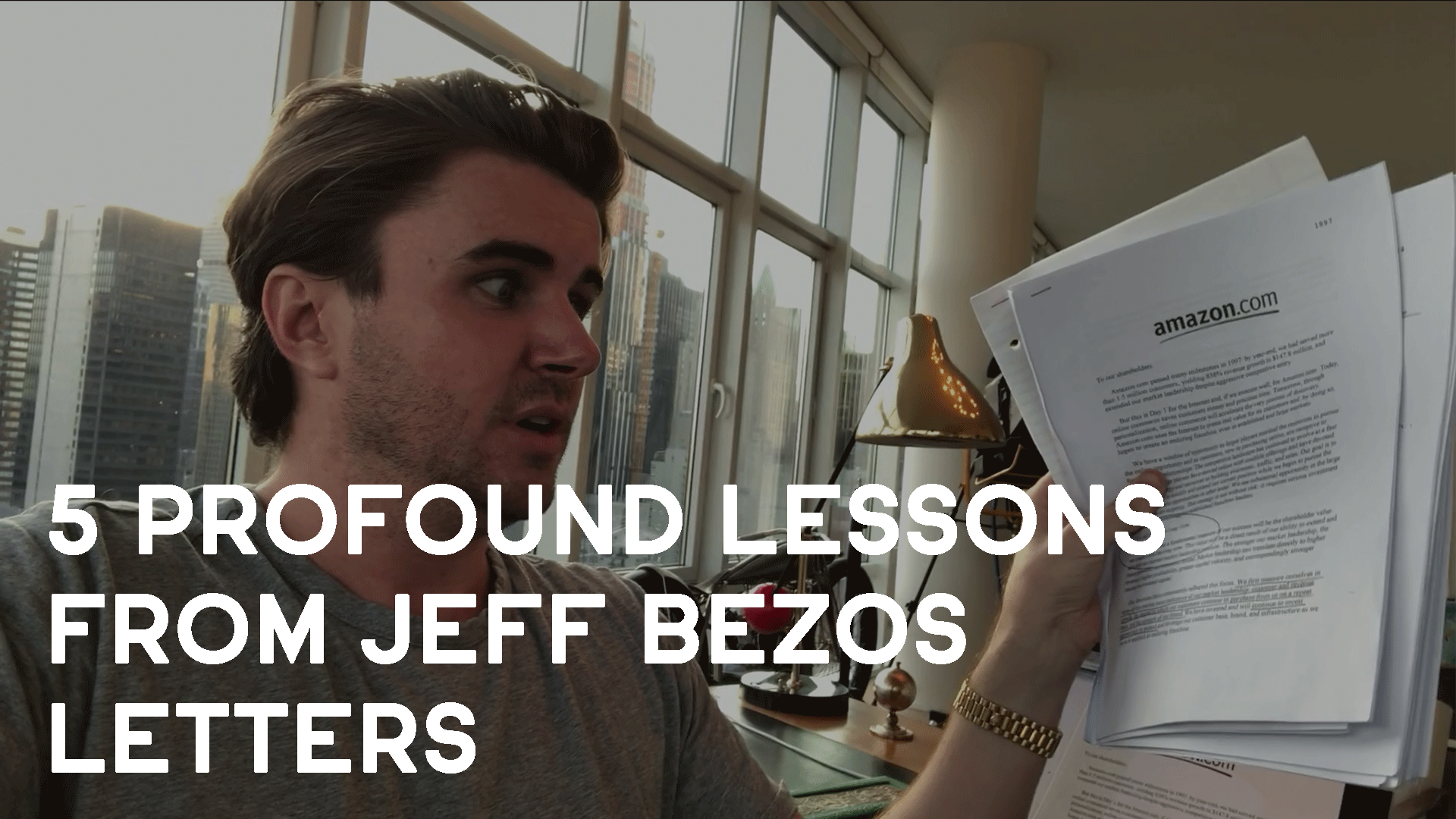 Success leaves clues -- And Jeff Bezos (the worlds richest man) has left a lot of them! If there's anybody in the world you should learn from, Jeff Bezos should be one of them. Bezos has grown Amazon to be the most valuable company in the world and from that he’s also the richest man in the world.

Success leaves clues -- And since Amazon is a public company, Bezos has left a carefully articulated set of clues that dates back to Amazons inception -- Amazon’s annual letters to shareholders.

Every year Bezos writes a 1-3 page letter to his shareholders where he reports on the progress their making at Amazon as well as his predictions for the future.

I compiled all of the letters from 1997-2017 for you into one easy-to-read pdf which you can download below for free.

I also took the time to share five of the best takeaways I got from reading them...

Below is a list of the five things that I took away from the letters: 1. It's all about the long-term 2. Customer obsession 3. Benjamin Graham worldview 4. Radical cult-like culture 5. Darwinian reality of surviving in nature I explain all of these in detail in the video -- make sure you watch it in full because theres a lot of gold nuggets you don't want to miss! I also share ALL of Bezos letters to shareholders (1997-2017) as well as my personal notes on them -- ".

Here's the downloads I mention in the video:

All Jeff Bezos Letters to Amazon Shareholders (1997-2017) compiled into one pdf -- Download them here for free.

And my notes "5 profound lessons I learned from reading Bezos letters to shareholders" -- Download them here for free.

Check out the video (and the free resources) and let me know what you think in the comments section below?

Sam Ovens & The Team at Consulting.com