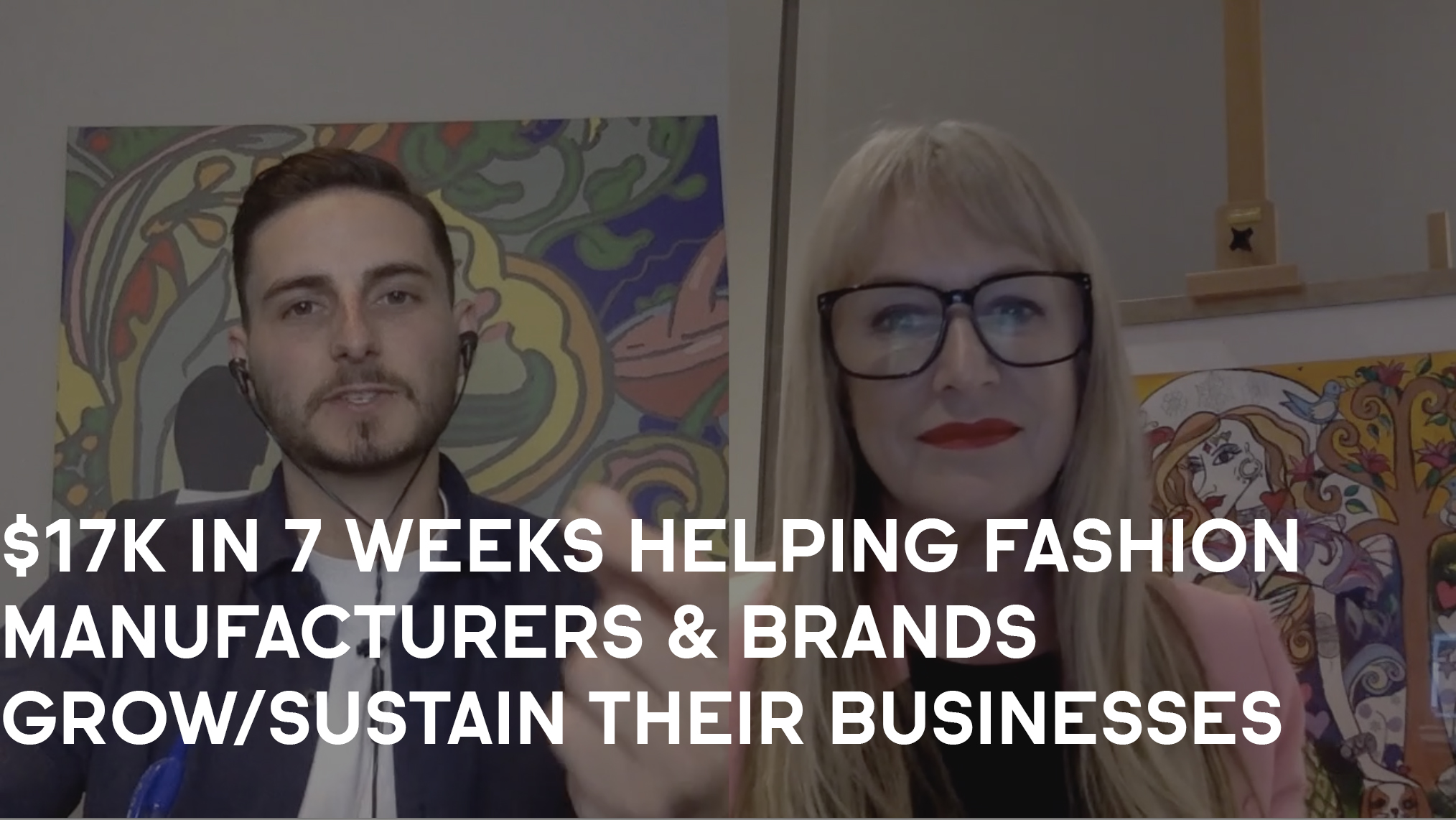 Niche: Helping fashion manufactures/brands identify what their next steps will be, helping put strategies in place to grow and sustain their business.

1. Where Kate was before joining Consulting Accelerator.

2. How she identified her niche and spoke with them to understand their challenges.

3. How Kate defines sustainability and its impact on the environment.

4. The positive correlation between supply chain sustainability and cost reduction.

5. The importance of identifying what your niche is really telling you.

6. The puppet and the puppeteer.

7. How Kate structures her offer and delivers value to her clients.

Kate’s #1 piece of advice for members:

Really do the work. Especially when you don’t feel like it.