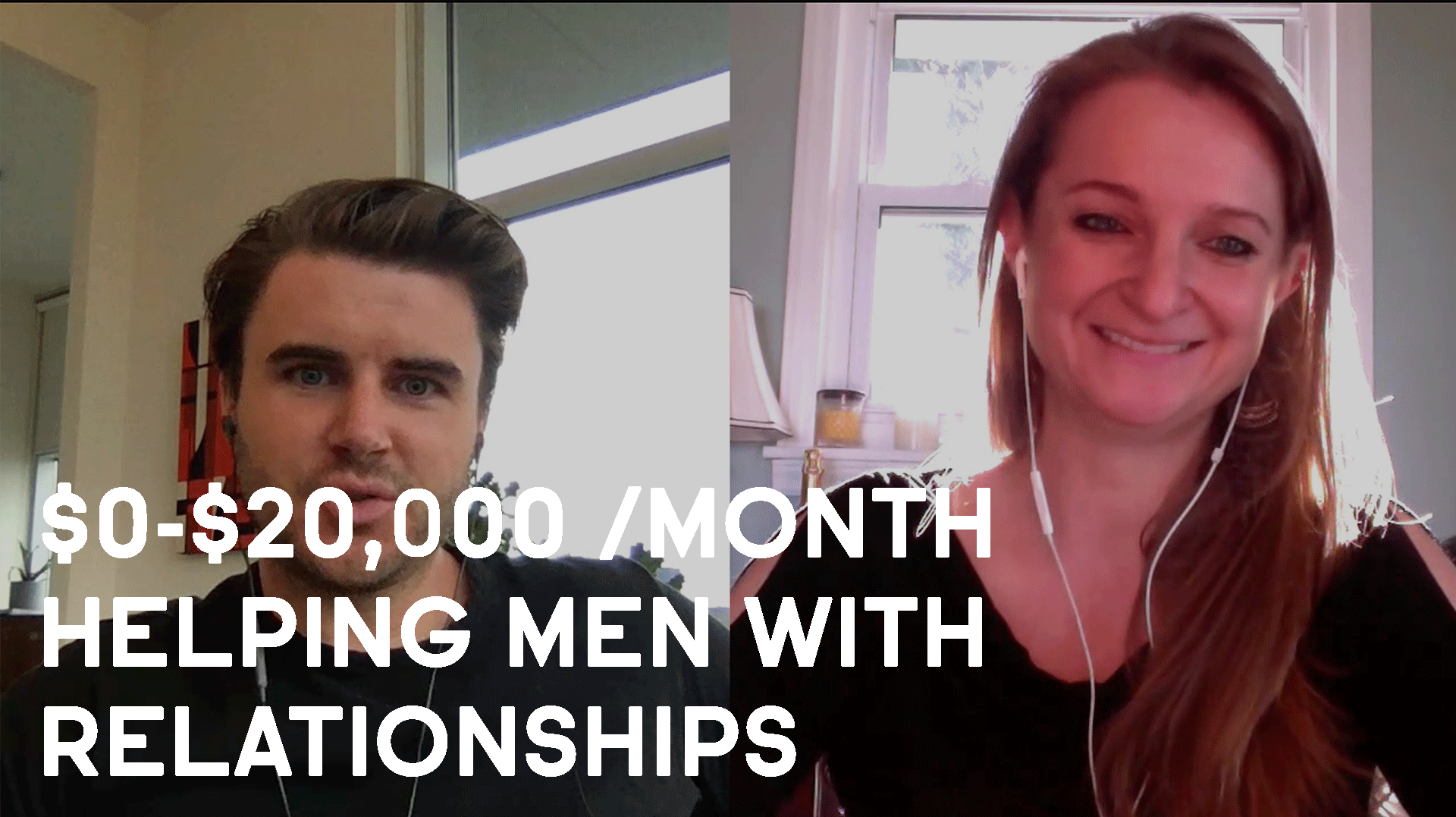 How Dominey Drew went from $0 to $20,000 /month helping men with their relationships

1. Why a lack of structure, relentlessness and persistence caused Dominey to spend 10 years thinking about starting a consulting business but never actually doing it.

3. Why Dominey didn't take any shortcuts in the training and completed every single step and how that helped her channel her energy and focus into the right things.

4. Why it took 100+ strategy sessions for Dominey to master the process and her offer and why not giving up and constantly iterating is mandatory for success.

5. Why persistence and ruthless discipline helped Dominey scale to $20,000 /month and why this is the most important character trait you can possibly have in business.

Dominey's #1 piece of advice for other members:

Push through and never give up! Sometimes it feels like you're not making any progress and not moving forward, when this happens you have to keep pushing and don't settle for anything less!

How do you do this? You have to let go of the "big picture" and focus on implementing the daily actions.

Professional mountain climbers always say: "Don't stare at the summit, focus on your feet and put one foot in front of the other".